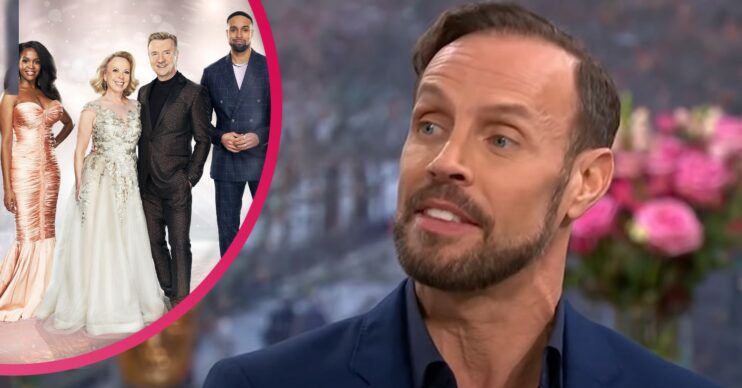 Dancing On Ice 2022 viewers call for Jason Gardiner to return

Dancing On Ice 2022 viewers have called for Jason Gardiner to return to the judging panel.

However, following last night’s launch show, many viewers were missing Jason’s scathing criticism on the panel.

As the judges got underway with delivering their feedback to this year’s contestants, viewers took to Twitter to complain they were being too nice!

Read more: Dancing on Ice contestants 2022: All the stars taking part in this year’s series

Some people also took issue with the high scoring during the first week after Brendan Cole received a whopping 30.5.

Another agreed: “I think these judges need to be more honest.”

This resulted in many people calling for the return of Jason, who often sparked outrage with his brutally honest feedback to contestants.

One person tweeted: “I’m behind but after 2 skates, the scores are already a joke. We need someone brutally honest. Bring back Jason!”

Another said: “I miss Jason. When Dancing On Ice was funny.”

A third added: “Judges not being honest, bring back Jason please.”

Another commented: “I miss Jason, we need someone to be brutally honest and not this bunch who stroke their egos in case they get offended!”

However, others were happy with this year’s judges especially with Strictly Come Dancing pro Oti joining.

One gushed: “The judging panel is already so much better with @OtiMabuse on it.”

Another said: “The #dancingonice judging panel are all so lovely, the way they’re boosting Sally [Dynevor]’s confidence is so precious and such an important thing to do in week one.”

Six celebrities took to the ice rink last night as they tried to wow the judges with their performances.

Brendan, Sally Dynevor, Kye Whyte, Kimberly Wyatt and Ria Hebden all performed. At the end of the show, Ria ended up in the dreaded skate-off.

Do you miss Jason on Dancing On Ice? Leave us a comment on our Facebook page @EntertainmentDailyFix and let us know.