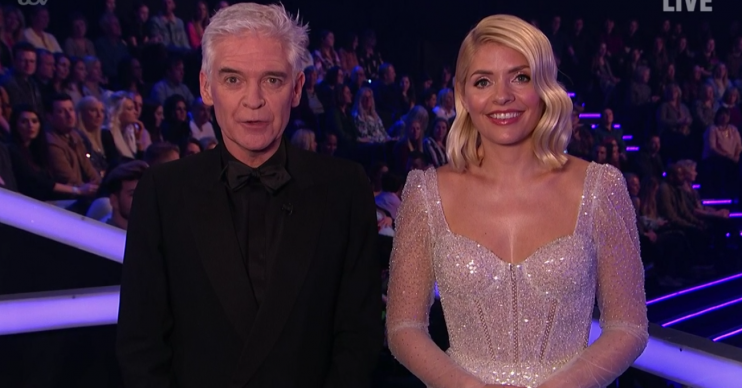 All over for another year now!

So tonight (Sunday, March 9) Dancing On Ice has crowned its champions for 2020 and – surprise, surprise – the results have left the audience divided.

The final saw Perri Kiely, Joe Swash and Libby Clegg skate it out for the accolade alongside their pro partners.

They all scored a maximum 40 points in both their skate performances!

In the end, though, Perri and Joe were the final two celebs to tackle the Bolero, Torvill and Dean’s legendary Olympics 1984 routine.

Ahead of Phillip Schofield calling the winner, he revealed that the voting had been very close.

And then he announced Joe and his partner Alex Murphy as the champions.

Perri had been favourite to win from the outset, displaying exceptional skill on the ice.

Meanwhile Joe had at one point languished at the bottom of the leaderboard.

Both have legions of fans, so some upset on social media over the result was to be expected…

Genuinely want to cry at @dancingonice – feel so sorry for @perrikiely absolutely deserved the win! He’s on a whole other level ⛸

I mean he did a backflip on ice for gods sake! What more do you people want?

On another note, I’m not looking forward to my huge phone bill😂

joe winning dancing on ice despite the fact perri is better than some professional skaters? pic.twitter.com/WNq76duwF7

Shocking result, i thought #perri & #Vanessa had it in the bag #Dancingonice

If I was being honest Perry was the better of the 2, but all my votes went 2 joe because he had 2 learn 2 stand on skates and dance whereas perry could already dance #DancingOnIce james jordan had the same advantage last yr.

#DancingOnIce well done @realjoeswash it was very much deserved, you were by far the most improved skater, taking nothing away from Perri but Joe deserved. @dancingonice #mostImproved

#DancingOnIce well done @realjoeswash it was very much deserved, you were by far the most improved skater, taking nothing away from Perri but Joe deserved. @dancingonice #mostImproved