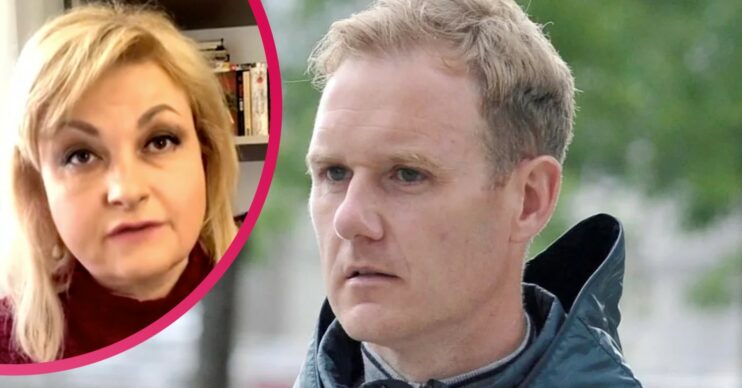 He apologised for a guest swearing earlier today

Dan Walker has hit back on Twitter after being accused of ‘cutting off’ a guest on BBC Breakfast.

During the live interview, Dan was forced to apologise after Maria dropped the F-bomb whilst discussing Russian president Vladimir Putin.

Maria, who has been singing from her apartment window in Kyviv amid the current crisis, hit out at Putin during the chat.

The singer said: “I want to say to Putin, you’re a murderer, you’re an aggressor, Ukraine was never against Russia.”

She added: “You are a [unknown] in our country, and like our soldiers say.”

Maria went on to speak in Ukrainian, before adding: “[bleep] you.”

Dan immediately apologised, saying: “Oh, Maria. Sorry, Maria. I really understand the depth of feeling. I’ve got to apologise to our viewers for the language there.”

Since then, the presenter has been hit with complaints as viewers accused him of “cutting off” Maria.

Thanks Jayne. I’m not sure if many of those complaining actually watched it. I tried to be as gentle, caring & understanding as possible but follow the OFCOM rules at the same time.

On Twitter, one complained: “There was no need @mrdanwalker to cut her off. He could have apologised after finishing the interview. Showed a lack of professionalism.”

Another said: “Can’t believe that Dan Walker just cut off Maria Burmaka and apologised for her swearing! She was talking about the invasion of her country. I found what Dan did and said far more offensive!!!”

A third posted: “Dan. You didn’t have to apologise and you SHOULDN’T have cut her off. You could easily have explained afterwards, for any fool that needed an explanation.”

However, Dan has since responded to the criticism.

It came after a user defended the star against the negative comments.

They wrote: “This is so sad. Dan trending because people have jumped on bandwagon to moan about something they surely didn’t see.

“If they had seen they’d know he spoke to her sensitively with compassion & the 1st words from his mouth were ‘I totally understand your emotion’ *sigh*.”

The user continued: “He didn’t shut her down. He simply acknowledged her rightful anger, made a gentle apology to viewers but not on her behalf and couldn’t have been kinder.”

Responding to the tweet, he shared: “Thanks Jayne. I’m not sure if many of those complaining actually watched it. I tried to be as gentle, caring & understanding as possible but follow the OFCOM rules at the same time.”