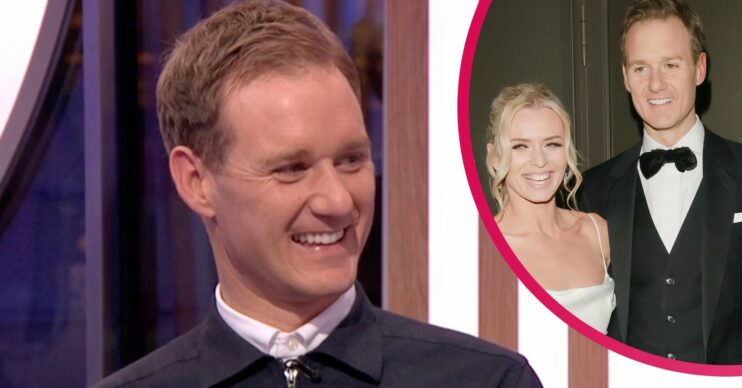 Nadiya made a promise to Dan before the show's tour

Dan Walker has revealed the promise Strictly partner Nadiya Bychkova made to him ahead of the show’s tour.

The BBC Breakfast host, 44, made the decision not to join his fellow Strictly stars on the road due to work commitments.

During an appearance on The One Show last night (February 10), Dan explained that Nadiya has managed to involve him still.

Adam Lambert also joined the trio for the chat via video link.

Alex said: “Dan, we’ll have to talk Strictly first. Now Adam, hopefully you saw Dan on Strictly he was fantastic.

“His lobster dance… well he blew everybody out of the water.”

As a video of the lobster dancer played on screen, Dan added: “I had a lovely time.”

Alex continued: “Lots of your colleagues are on the tour of course.

“When asked what dance you’d do again, you said this is the dance [the lobster] that you would do?”

Dan responded: “Yeah every time, I mean that’s the one that people talk to me about more than anything else.”

Alex added: “Well of course. And Nadiya has found a way to put a few lobster moves into the tour for you.”

She did promise me that she would bring the lobster back

Dan replied: “She did promise me that she would bring the lobster back.

“The show finishes with her and Katya [Jones] lobstering their way off stage.”

Despite his absence on the tour, Dan and Nadiya are set to reunite soon.

The pair are judging the Burrow Strictly Ball in Leeds next month to raise money for the MND Association.

And Dan’s BBC Breakfast co-host Sally Nugent will also be competing on the night.

Sharing the news on Twitter this week, he revealed: “Very excited to tell you we are all taking part in the
@Burrow_strictly on March 19th in Leeds to raise money for @mndassoc with @Rob7Burrow.

Dan also posted a series of snaps alongside Nadiya and Sally.

“My TV professional partner had a little taster session with the 2 time World Champion last week (she’s quite good),” he added.