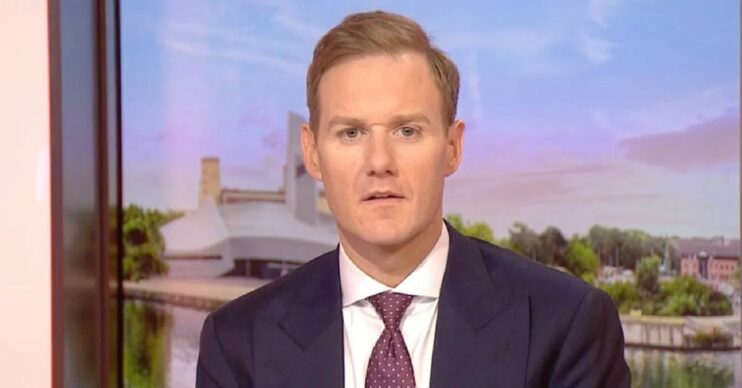 Dan Walker ‘ruffled feathers’ over refusal to ever work on Sundays

Dan Walker has a busy workload, but the father-of-three keeps to a strict schedule and won’t film on Sundays due to his faith.

The former Strictly Come Dancing contestant has been a churchgoer all his life, but he didn’t become a devout Christian until he was 12.

The son of a Baptist preacher, Dan Walker spoke about his fear of going to hell after a preacher told him what happens to ‘non believers’.

He told the Daily Mail: “I remember sitting there feeling a deep conviction of sin and terror at the prospect of hell.

“I knew that I was offending God with the way I was acting and the life I was living, and the prospect of going to hell terrified me.”

Dan said his refusal to work Sundays initially ‘ruffled a few feathers’, especially when he started out as a presenter of BBC One’s Football Focus.

However he said in 2010 that it was a “privilege to observe the Lord’s Day”, which brought “loads of blessings”.

With gigs including Football Focus, Strictly Come Dancing and BBC Breakfast under his belt, Dan has certainly had a blessed career.

However the presenter shocked fans when he announced he was stepping down from his role as the host of BBC Breakfast after six years at the helm.

Dan is moving to Channel 5 News where he will host the evening news programmer four days a week, replacing Sian Williams.

The star’s departure has prompted a number of rumours surrounding his decision to leave such a respected role.

However Dan said he was ‘never motivated by money’ and took to Twitter to clear up any misunderstanding.

He wrote: “In a nutshell… a bloke with a really good job, which he loved, got offered a really good job somewhere else which provided an amazing new challenge and the chance to make some exciting TV.”

Did you know about Dan Walker’s faith?

Dan appears on The Chase Celebrity Special, Easter Saturday at 5.10pm on ITV