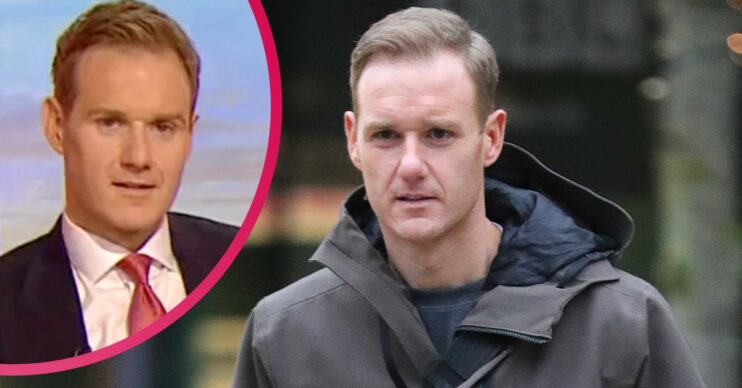 Dan Walker breaks his silence on his future on BBC Breakfast

Dan Walker has addressed his future on BBC Breakfast.

It’s been six years since the 44-year-old presenter replaced Bill Turnbull on the BBC One programme.

According to Dan, he has no intentions of leaving the programme anytime soon.

Speaking to The Mirror, the star shared: “Honestly, I can’t say I’ll be here for 10 years because who knows? I think I told you before, I definitely wouldn’t stay as long as Bill Turnbull’s been knocking about for.

“I love new challenges, but I love this challenge. And I really love the programme and I love working with the people so I don’t see myself going anywhere soon.”

Dan appears on the show every Monday to Wednesday alongside co-host Sally Nugent.

The journalist previously replaced Louise Minchin following her decision to quit after 20 years.

And it appears that Sally has fitted in perfectly.

Speaking about his co-host, Dan said: “The fact that we get on so well on and off screen, I think that you can see that from one minute past six.”

During the chat, the star also went on to praise the BBC Breakfast audience.

He explained that if it wasn’t for the show’s loyal fans, he wouldn’t have stayed on Strictly for so long.

However, BBC Breakfast viewers recently called for a “change in presenters”.

It came after Dan and Sally hosted the programme together late last month.

At the time, one viewer tweeted: “Come on BBC surely it’s time to change the presenters now!! #BBCBreakfast.”

Another added: “#BBCBreakfast even the dog gets embarrassed at the prospect of getting interviewed by Dan and Sally.”

A third said: “Can you please #BBCBreakfast find reporters that DON’T speak with their hands. It’s very distracting. Thank you.”

A fourth tweeted: “Oh no not self opinionated Dan Walker and wooden Sally Nugent, these have to be the worst presenters!!”

However, others did go on to praise the “lovely” presenting duo.