Former TOWIE star Dan Osborne has said he plans to fly to Australia to support wife Jacqueline Jossa after her I'm A Celebrity meltdown.

Jacqueline teared up and had to be consoled by fellow campmate Ian Wright as she spoke about missing her two girls Ella, four, and Mila, one, who she shares with Dan.

"The thing is, everyone is missing their families, I just feel like it's too soon to be crying missing your family," she sobbed.

"We all smell so bad, we just stink, the smelliest I've ever been in my life."

After watching the emotional scenes, Dan revealed he would be flying to Oz.

"I'll be going out there though, not to go into the jungle but to support Jac," Dan, who wed Jac in June 2017, told the Sun Online.

Despite her teary moments, Jacqueline has been throwing herself into her Bushtucker trials. She nailed her first trial, Face Your Fears, which saw her wearing a helmet full of spiders.

On last night's show, she was paired with Myles Stephenson for the Snake Hotel challenge and the pair ended up winning all six stars. 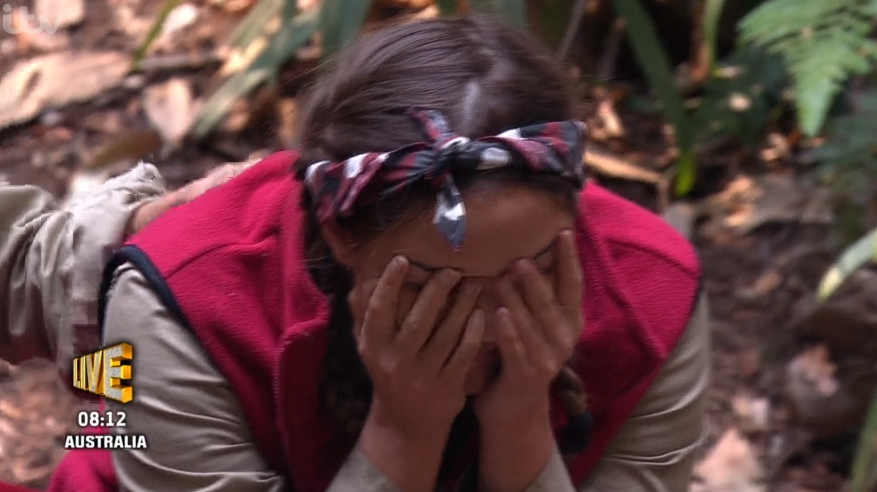 Jacqueline's been a champ when it comes to the Bushtucker trials (Credit: ITV)

However, she made no secret of the fact she wasn't too chuffed about having to do another challenge.

Her lack of enthusiasm and grumpy attitude towards being picked by viewers turned off some of her supporters, who predicted she would now only end up facing further trials because of her demeanour.

"I'll be going out there though, not to go into the jungle but to support Jac."

Asked how she felt about the public vote to put her forward for the trial, Jacqueline grumbled to hosts Ant and Dec: "I think it's a bit out of order."

"It was a bit out of order??????" one incredulous viewer tweeted. "What could you expect when you don't volunteer to go down to the other camp[?]"

Another objected: "Jacqueline really thinks a lot of herself saying the public are out of order for choosing her to do the trial."

While a third remarked: "She thinks it’s a bit outta order. More votes for Jacqueline to do the [bleep] trials then."

And yet another unsympathetic person complained: "I tell what's out of order you crying and wimping out of every trial, you knew what you signed up for, maybe that's why the public votes for you. Deal with it!"