Pair were forced to deny having a fling earlier this year

Former TOWIE star Dan Osborne is reportedly going to be taking some time away from daddy duties this summer, to appear on Celebrity Big Brother.

And, according to The Sun, he’ll be joined in the house by Love Island’s Gabby Allen, with whom he was accused of having a fling earlier this year. 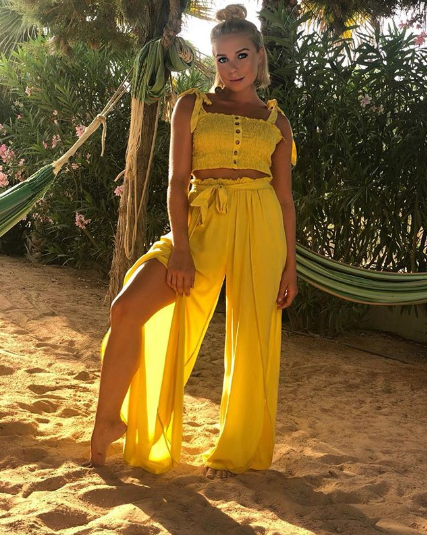 Gabby’s ex Marcel Somerville claimed the pair had slept together during a work trip to The Holistic Bootcamp in Marbella, Spain.

They are already mum and dad to Ella, three, and Dan has four-year-old son Teddy from a previous relationship.

Prior to the birth they confirmed their marriage was going through some issues and Dan moved out, although he returned to the family home to help with their newborn.

Dan and Gabby,25, are among a string of names being bandied around for this new series of CBB.

It’s been reported that former Corrie hunk Ryan Thomas has been asked to do the show, alongside ex-soap colleague Georgia May Foote – although she has already flatly denied it!

Yesterday it was announced that the series will begin on August 17, with an “eye of the storm” theme.

Check out the new logo!

What do you think of the names in the frame so far? Leave us a comment on our Facebook page @EntertainmentDailyFix and let us know what you think!