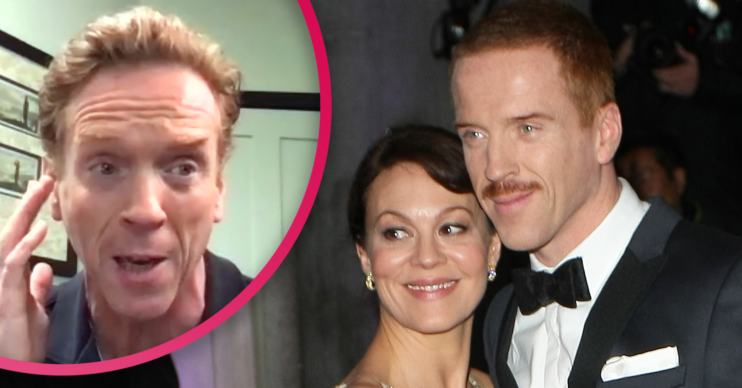 Damian Lewis pays tribute to late wife Helen McCrory as he declares: ’She’s with us’

The Peaky Blinders star died after a short battle with cancer

The acclaimed actor was on the show to speak to hosts Ben Shephard and Kate Garraway about his participation in Soccer Aid this weekend.

However, talk soon turned to Peaky Blinders favourite Helen, who died a year ago after a secret battle with cancer.

Ben said: “The first time I met you and your lovely wife Helen away from work was at Soccer Aid many years ago in Manchester and you were there with the family and the kids.

“She was always such a vociferous supporter of you and everything you did.”

He then cited the recent memorial service, which saw Helen’s children pay tribute to their beloved mum.

“Kate and I  were very honoured to be at her memorial service just a few weeks ago.

She was a fabulous human being. People from all walks of life have been in touch to say what an impact she had on their lives.

“I’d imagine you’ve been very moved by the outpouring of love and support that has been shown towards her since she sadly passed away,” Ben said.

Damian replied: “Well, she was a fabulous human being. People from all walks of life have been in touch to say what an impact she had on their lives.

“That day we had a few weeks ago was a very special day.

“I’m very glad you could have been part of it and she was celebrated by her tribe, her profession, the acting profession – actors, directors, producers, writers all showed up and she’s much, much missed.”

He then shared an insight into the kind of person that Helen was and how he believes she’ll be with him at Soccer Aid this weekend.

“When she came to Soccer Aid the very first time, I’d gone into my hotel room at The Lowry in Manchester and it was covered in Union Jack bunting and England flags,” he said.

Damian continued that Helen had “gone out and bought” them and decorated the room with them for him.