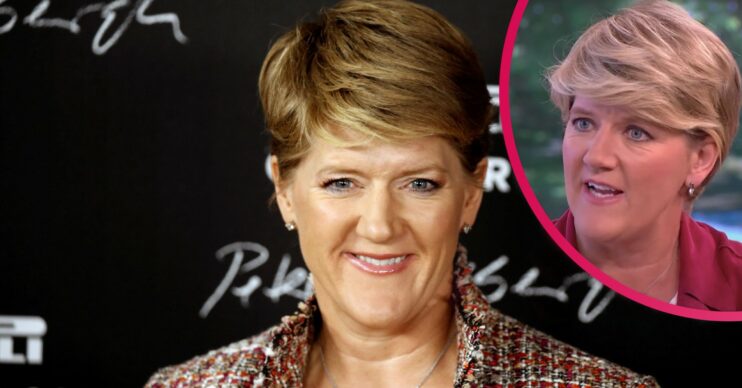 The sports presenter only hears '10% and I guess the rest'

Crufts 2022 host Clare Balding previously opened up about a heartbreaking health struggle and how it affects her every day life.

The journalist revealed that she lost around 90% of her hearing.

And she also shared the affect it has on her relationship with wife Alice Arnold.

Who is Crufts 2022 host Clare Blading?

Clare Blading is one of the most recognisable faces in sports broadcasting in the UK.

The sports presenter has hosted a variety of well-known events including the Grand National, Rugby League and the Olympic and Paralympic Games.

Read more: The fear that made Clare Blading hide her sexuality for a decade

In fact, for her services to broadcasting and journalism, Clare even was appointed an OBE in 2013.

She is also the best-selling author for numerous books and children’s novels.

Clare is also hosting the television coverage of Crufts 2022.

What happened to Clare’s hearing?

Clare previously revealed that she’s lost 90% of her hearing.

In fact, Clare revealed her hearing is so bad that she even struggled during her interview on the panel show, Mel Geidroyc: Unforgivable.

At one point during the 2020 interview, Mel asked a question to which Clare replied with: “What?” and the audience bursted into laughter.

Read more: Clare Balding on how she turned shoplifting into a positive in her life

The BBC sports presenter then took it as an opportunity to open up about her hearing loss.

She also went on to explain how she accidentally shouts at her wife Alice without realising.

The couple are firm favourites on Channel 4’s Celebrity Gogglebox.

Clare said: “My wife keeps saying to me ‘stop shouting!’ because I’m clearly over-projecting because I can’t hear myself.”

Mel sympathised with Clare’s comment and added: “I hear about 60%.”

Clare is back hosting The World’s Greatest Dog Show, Crufts, for her 13th year.

This year The Kennel Club will honour hero dogs with an award.

A heartbreaking segment on yesterday’s Steph’s Packed Lunch featuring some of the contenders provoked tears from viewers.

Every year, people across the world enjoy watching the four-legged friends as they compete for the best scores.

And what makes the event even better is that you can watch it from the comfort of your own homes, thanks to Channel 4.

Crufts is televised on Channel 4 today (March 12) at 3pm.

Will you be watching Crufts? Head to our Facebook page @EntertainmentDailyFix and let us know.