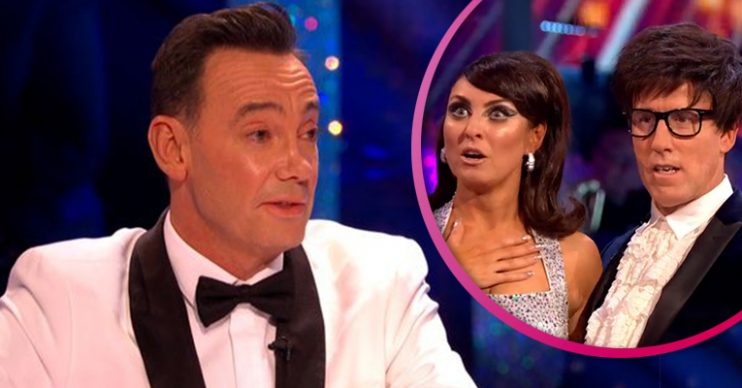 In one of Strictly Come Dancing’s all-time classic moments, fans were in hysterics when judge Craig Revel Horwood apologised to Anton Du Beke because he thought that his teeth were FAKE.

And it wasn’t just viewers who were in stitches… Craig, his fellow judges and host Tess Daley were in tears at the dental faux pas.

The confusion arose when Anton danced the salsa with his partner, EastEnders’ Emma Barton in an Austin Powers costume.

The Movie Week routine went down well, but Craig – already taken aback by Anton’s Austin Powers wig – couldn’t get over his outfit.

During his critique, he said: “I was slightly distracted by the wig, I have to say, and the fake teeth that you have in.”

“They’re not fake by the way, they’re all my own dear,” Anton added, feigning mock-outrage.

Tess, already in tears, then clarified that they were, in fact, Anton’s own teeth.

Realising his faux pas, Craig lifted his hand to his mouth and asked in embarrassment: “They’re not fake?!”

It wasn’t long before fans took to Twitter to respond to the hilarious moment.

Fantastic dance from Emma & Anton tonight, but the topic of conversation was Antons teeth! What a laugh!! #strictly #trueentertainment @antondubeke

Quite possibly my favourite TV moment of 2019 so far. #Strictly #strictly2019 pic.twitter.com/ZskVAxL0dL

One fan wrote: “Quite possibly my favourite moment of 2019 so far. #Strictly.”