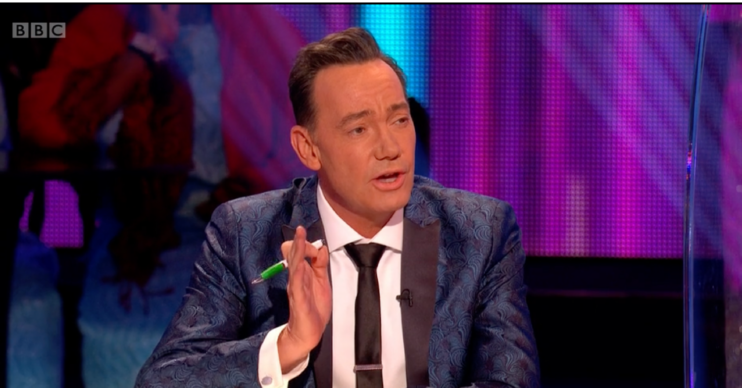 We get it, Craig, you don't rate him!

Appearing on Lorraine yesterday (Friday, December 3), the catty panellist said all of the celebrities left in the competition were “amazing” – except for Dan. Meow.

There was vague praise for the fact the BBC Breakfast presenter is still in the contest just three weeks from the final, though.

“He represents a lot of the men in this country and if it inspires them to dance then great,” Craig, 56, added.

Craig’s been making a week out of knocking Dan, it seems.

On Thursday he appeared on Fubar Radio, and was asked who he thought would win Strictly 2021.

Craig said: “I just don’t know what the outcome’s going to be. I love Rose, I love AJ, I love John and Johannes.”

He then chuckled and added: “I even love Dan.

“I know that Dan is loved by every housewife in the UK.”

Read more: Dan Walker bookies’ fave to be booted off this weekend

Dan hits back at Craig

Of course, Dan’s not one to miss the opportunity to clap back and dismissed Craig during an interview on Strictly – It Takes Two on Thursday evening.

Host Janette Manrara asked him what he’d made of Craig’s criticism of his rumba.

The 44 year old sniped: “I do like Craig and it’s nice to have him back but I’d rather focus on what the other three judges say.”

Tonight’s show should be interesting – tune in on BBC One from 6.40pm.

How do you think Dan will do in tonight’s Strictly Come Dancing? Leave us a comment on our Facebook page @EntertainmentDailyFix and let us know what you think.