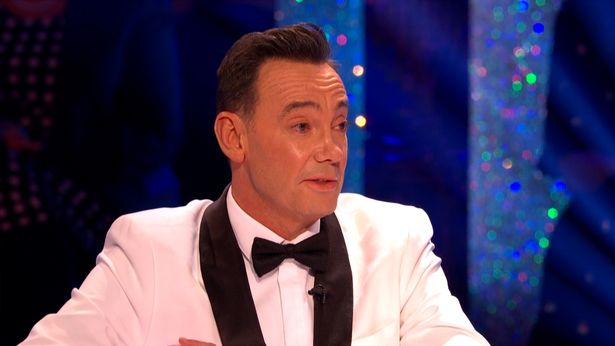 Viewers were shocked at the judges' decision to send Dev home

Craig Revel Horwood insists Dev Griffin was the right person to leave Strictly Come Dancing last weekend because he was the “worst dancer on the night”.

Craig, 54, and the rest of the judging panel – Motsi Mabuse, Bruno Tonioli and head judge Shirley Ballas – were criticised by fans of the BBC One ballroom show for axing the Radio One DJ and his partner Dianne

Buswell over Viscountess Emma Weymouth and Aljaz Skorjanec in the dance-off with most believing Dev was a superior dancer.

It’s been incredible! I wish I could have stayed a bit longer but sadly my strictly ride has come to an end. 😭 . . Thank you to all of the production team, wardrobe, make up, crew, pro dancers and celebs for looking after me and being like family to me these past few weeks. . . @diannebuswell you are the best! Thank you for being such an amazing partner and always pushing me to be the best version of myself. . . I’ve loved every minute of this! Good luck to the other celebs 😘😘 I’m off to put my feet up for a bit 😊

However, Craig stands by the decision, insisting on the night Dev flopped on the dancefloor and he and his colleagues have to make their decision based on what happens when the pressure is on, not what has come before.

Speaking to BANG Showbiz at the Best Heroes Awards held at The Bloomsbury Hotel in London on Tuesday night (15.10.19), he said: “Yeah, absolutely, professionally, he was the right person to go. If you had

asked me last week, I would have loved him to stay, his routine when he was the Genie was absolutely amazing but sadly he failed on the night. I think Dev – in my opinion – was the worst dancer on the night. If he

had done his other routine against the competition then he may have been successful going through, it’s the luck of the draw.”

Read More: Strictly’s Katya jones explains why she broke down in tears on Saturday’s show

Craig has earned a reputation for being the toughest judge on the Strictly panel but he thinks his honest critiques can help the celebrities improve their ballroom skills and ensure they go further in the competition.

When asked if he thinks the pros and their partners take his critique most seriously, he said: “I think that’s probably true, only because I’m going to help them in the end. If you listen to them, they’re quite sound, and if you go away and do what you say you might get better.”

😫😫. this guy had so much to give and worked sooooo hard I’m so sorry your journey was cut short you have done me so proud , every week you would say you just didn’t want to let me down ! Dev you sooo didn’t you were a dream to teach and you were turning into such a great dancer thank you so much for everything 💕

The ceremony was presented by Eamonn Holmes and the Best Heroes Awards recognise the inspirational acts of people across the UK who are working to raise money for charity and campaign against discrimination.