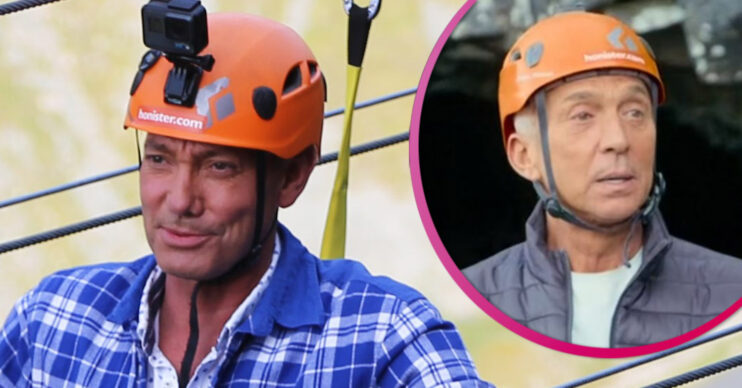 The Strictly pair are braver than we thought!

The ITV series sees the Strictly Come Dancing stars exploring the beauty of the UK and all it has to offer.

In the latest episode, the pair arrived at The Lake District.

The beloved twosome hit the popular beauty spot to showcase the scenic westward circuit from Kendal to Keswick.

They passed glacial lakes, breathtaking mountain ranges and tackle some of the UK’s most challenging roads.

At the end of their journey, Bruno and Craig decided to get out of their comfort zones.

They tried their hand at scaling a tightrope bridge that stretched between two huge cliffs.

Dubbed The Ferrata Infinity bridge, it’s a high-wire walkway with a 1,000ft drop that straddles the old slate works.

The terrifying scenes left viewers with vertigo as Craig and Bruno struggled to make it across in one piece.

Read more: Will there be a second series of Craig and Bruno’s Great British Road Trips?

What did viewers say about Bruno Tonioli and Craig Revel Horwood?

Many viewers were left feeling sick, as one said: “My stomach is churning just watching @CraigRevHorwood. I’d be standing right beside @BrunoTonioli.”

Another wrote: “@CraigRevHorwood that was bloody incredible #tightrope I was queasy watching you let alone doing it.”

Read more: Great British Road Trip fans are all making the same complaint about the show

A third added: “I couldn’t breathe watching you walk across that bridge!”

Another wrote: “If you have height issues, but still managed to walk that tightrope bridge, I’m even more impressed @CraigRevHorwood.

Meanwhile, want to know if there will be a second series of Craig and Bruno: Great British Road Trips? Find out everything there is to know so far here.