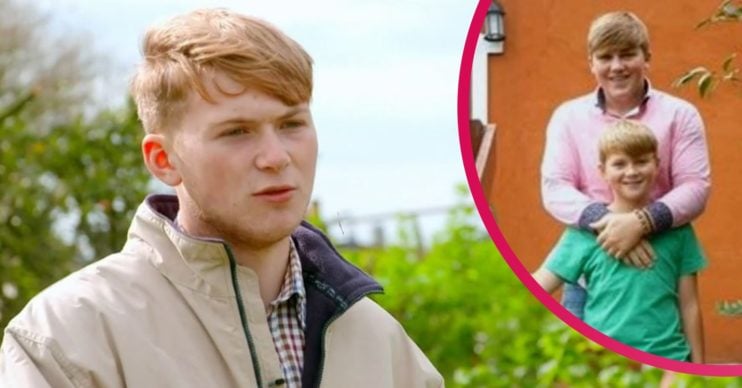 Harvey's older brother, Ed, was killed in a fire at the age of 17

Countryfile viewers were in tears as an “inspirational” young man spoke about dealing with the grief of losing his brother in a fire.

Sunday (November 1) evening’s episode was a Children In Need Ramble special that featured 16-year-old Harvey, whose older brother Ed was killed in a house fire.

What happened in the Children In Need Ramble on Countryfile?

Presenter Matt Baker, who accompanied the teenager on the ramble, exampled: “Harvey’s ramble marks the start of a new chapter in his life. He’s just finished five years of bereavement counselling funded by Children In Need, following the sudden death of his big brother Ed, when Harvey was just 10.”

The programme told viewers that on Father’s Day in 2015, Ed died in a house fire that someone he didn’t know started deliberately. He was 17 years old.

Speaking about the incident, Harvey said: “I can remember the day like it was yesterday. I was in the play room and out came these words of, ‘Your older brother’s been killed, been murdered’.

Read more: The One Show: Matt Baker returns for tribute to teen who died from cancer

Harvey’s dad said his son got “quite angry and isolated” because of what had happened, and his mum, meanwhile, said Harvey “got into some scrapes at school” and started “having panic attacks”.

All the kids were amazing but Harvey’s story… what a wonderful, brave young man.

He received help from Treetops, the bereavement counselling service supported by Children In Need.

Harvey added: “It’s about getting to a point where you can deal with it yourself, with your own tools, and your family and the people around you, and I’m at that point now. What they’ve done for our family is unbelievable.”

What did viewers say about Harvey’s story?

On Twitter, Harvey’s story had viewers feeling emotional and praising his bravery in dealing with his grief.

One said: “So #CountryFile tonight did me in. All the kids were amazing but Harvey’s story… what a wonderful, brave young man.”

Another wrote, with a crying emoji: “Was just watching #Countryfile. Such respect for Harvey there after going through so much.”

So #CountryFile tonight did me in 😭 all the kids were amazing but Harvey’s story… what a wonderful, brave young man ❤️

What did you think of last night’s Countryfile? Leave us a comment on our Facebook page @EntertainmentDailyFix and let us know.