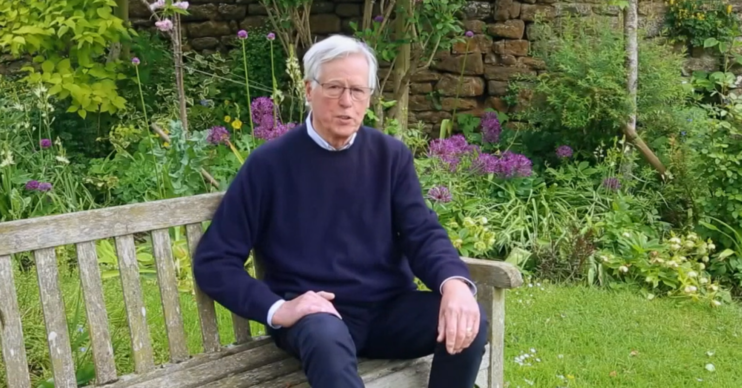 The veteran TV presenter returned to the show last night

After weeks of shielding due to the coronavirus pandemic, veteran presenter John Craven returned to Countryfile last night.

Viewers were certainly thrilled to see the 79-year-old at the helm, presenting the show from his beautiful garden.

Sticking to social distancing measures, he revealed his daughter, Victoria, was behind the camera for him, as he told what he’d been doing during lockdown.

Why has John Craven not been on Countryfile?

“Because I’m over 70 and in that most vulnerable of age groups, I’ve been staying and working a lot at home,” he explained.

“So for somebody who’s used to doing an awful lot of travelling that’s taken a lot of getting used to.

“But it has been a great consolation to be in my garden and see the spring unfold, see the blossoms come and go, the swifts and swallows and housemartins arrive, and the buterflies begin to flutter about.”

Good to see John Craven back on Countryfile.

He went on to sum up what he would be getting up to on the show.

“I’m taking part in a big butterfly survey from my garden, and a man who united the nation from his garden, Captain Sir Tom Moore, tells me about his boyhood love for the British countryside.”

John also introduced what else was coming up on the show, including Adam Henson introducing piglets to home-schooled children.

But it was John’s appearance back on Countryfile that had viewers truly thrilled.

Many simply and affectionately wrote: “CRAV”, pleased to see he was back. One viewer even commented it was “brave” of the BBC to have him on.

Good to see John Craven back on #countryfile

79 year veteran Craven coming off the bench for #countryfile tonight. *Brave* decision from the @BBCCountryfile management.

John Craven is a legend. #countryfile

Others were more interested in his interior design and above all what he was using to prop up his laptop!

He had chosen some very high-brow books!

Like that John Craven is propping up his laptop on a copy of The Ascent of Man.#countryfile

After 30 years at the helm of Countryfile, John is releasing his memoirs this month.

In an interview with Countryfile magazine he has revealed his most memorable moment was covering the foot and mouth outbreak in 2001.

His most dramatic experience on the show was being winched 15 metres from the rolling deck of a lifeboat into a search-and-rescue helicopter.