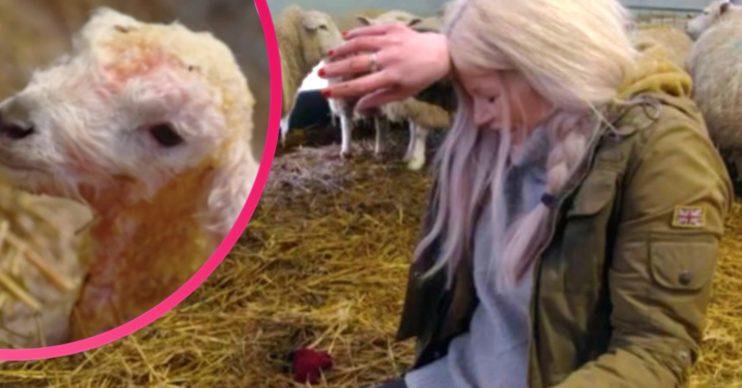 BBC viewers praised the presenter for her bravery

Countryfile viewers watched in horror as presenter Ellie Harrison broke down in tears.

Ellie, 43, and her co-star, Adam Henson, found themselves desperately trying to save newborn lambs.

The lambing special was bound to be emotional, but Ellie found herself on quite the emotional rollercoaster.

Things get emotional on Countryfile

Ellie and Adam helped to deliver one of the lambs after it became stuck.

Adam had to reach inside and push a lamb back inside the womb so another could come out.

Things then got even worse when the mother appeared to reject her baby.

Thankfully, Adam managed to come to the rescue and he helped the mother bond with the little lamb.

When lambing, issues can arise wherein a lamb may present one leg out and one leg still in the birthing canal. These moments can be tense as the shepherd sometimes has to intervene to help the mother give birth and save the life of the lamb.#Countryfile pic.twitter.com/IRLMhzVGy5

Read more: The One Show: Matt Baker returns for tribute to teen who died from cancer

Ellie began crying, saying: “Oh my god, I feel really choked by that. It was just so stressful.

“The thought that she would nearly make it then almost not. Oh my gosh.

“Oh my goodness. I can’t believe you managed to do that. Oh my word. What a relief!”

“I’m not sure I was [any help]…sobbing in the corner! That was so stressful. I’m laughing now but I was crying a second ago,” she added.

Viewers rushed to social media to compliment the pair on their actions.

“I love the lambing special. So emotional and satisfying watching lambs being born #countryfile,” said one fan.

I love the lambing special. So emotional and satisfying watching lambs being born #countryfile

A third added: “That was an amazing episode of #countryfile. Adam literally pushed one lamb back into the womb, so that he could untangle its legs from its twin.

“Ellie was ‘helping’ but was crying with emotion watching Adam. They both did brilliantly. Both lambs saved. I don’t eat lamb btw!”

Did you watch? Let us know on our Facebook page @EntertainmentDailyFix.