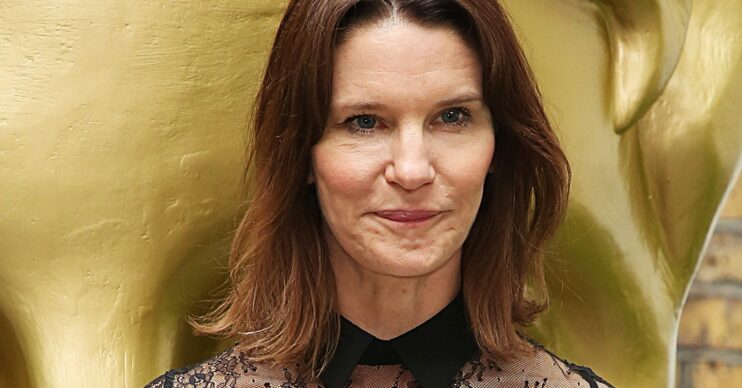 Sad news for Susie and her family

Susie Dent has split from her husband of 20 years, according to reports.

Countdown star Susie, 56, and husband Paul Atkins are said to be separating after living apart for the past year.

What happened to Susie Dent and her husband?

The couple, who have two daughters – teenage Lucy and 11-year-old Thea – are said to be on “amicable” terms and no one else is involved in the breakdown of the marriage.

A source told The Sun newspaper: “It’s obviously a very sad situation, but Susie has handled everything stoically.

Read more: How did Susie Dent land the job on Countdown some 30 years ago?

“She has ploughed on professionally with all aspects of her working life and is simply trying to make the most of a heartbreaking scenario.

“Obviously Susie and Paul did all they could to make things work, but decided in the end to part ways.”

Susie first joined Countdown as a regular in 1992, when she started work for the Oxford University Press producing English-language dictionaries.

Her knowledge of words and their meaning stood her in good stead on the Channel 4 show, and she became resident lexicographer and adjudicator in Dictionary Corner.

When she first joined, the late Richard Whiteley was the host and she’s still there now as Anne Robinson recently took over the host’s chair.

In all, she has worked with hosts including Des Lynam, Des O’Connor, Jeff Stelling and Nick Hewer.

What else does Susie appear in?

As well as being a whizz with words on the daily quiz show, Susie also appears on the adult-rated spin-off show 8 Out 10 Cats Does Countdown with Jimmy Carr.

Susie also hosts the podcast Something Rhymes With Purple with Gyles Brandreth.