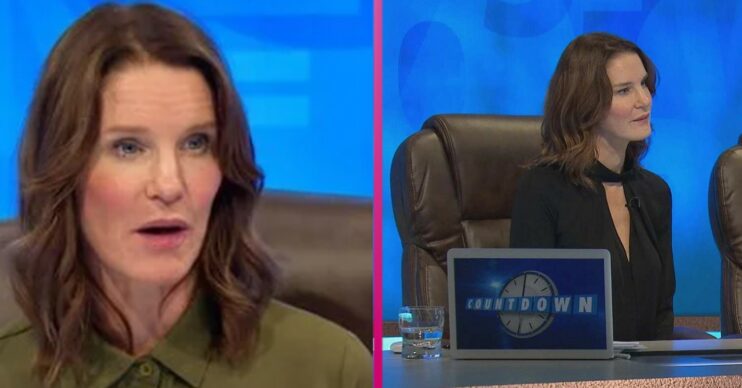 "It was a slightly strange one"

Susie Dent, host of dictionary corner on Channel 4’s Countdown, has revealed she has received a very odd piece of fan mail before.

The 57-year-old received a letter sent into her fan mail, but with a chilling twist. The letter was written in their own blood!

The wordsmith, who sits on Channel 4‘s Countdown, previously described the gift as ‘strange’. Speaking in an interview, Susie said it disturbed her: “It made me dizzy thinking about it. It was a slightly strange one.”

The revelation came as she discussed how former Countdown host Nick Hewer had revealed he received a pair of racy, red knickers in the post from one besotted fan.

However, Susie has yet to receive any underwear from keen fans of the lexicographer.

It was a slightly strange one.

She added: “I’ve certainly not had any knickers – male or otherwise – that I know of. The team are wonderful, I think they probably check things before they pass them on.”

Read more: How did Susie Dent land the job on Countdown some 30 years ago?

The Countdown feud between Susie Dent and Anne Robinson

Aside from odd fan mail, Susie has also caught attention lately as ongoing rumours of a feud on the Countdown set fail to be quashed.

Tensions had reportedly been rising between Anne and Rachel Riley ever since Anne took over as host back in June 2021.

Susie appeared on Sunday Brunch at the beginning of the year and it was during this appearance that she opened up about her co-stars.

“One thing I’m really noticing with her kind of, under her reign, is we get these mini-interviews that we didn’t have before.”

The rumours of the feud began pretty soon after Anne replaced Nick Hewer as host.

Anne was reportedly tired of Rachel chatting to contestants, with an insider claiming that the 77-year-old had even muted Rachel’s microphone on set.

But Anne has denied a feud and spoke of how great she thinks Susie is.

What did you think of this story? Tell us what you think on our Facebook page @EntertainmentDailyFix