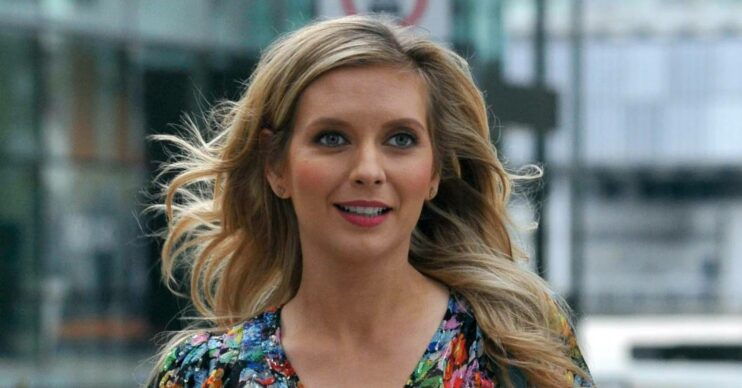 She's managed to get it under control thankfully

Countdown queen Rachel Riley may look like the picture of health, but the Channel 4 star has struggled with IBS (irritable bowel syndrome) for most of her adult life.

The mum-of-two, 36, who is married to Strictly Come Dancing’s Pasha Kovalev, has spoken openly about how the syndrome has affected her.

She previously told the Express: “I’m intolerant to everything.

“At the moment I can’t eat anything fun, it just makes me feel unwell.”

Rachel pointed out: “It’s not a disease, it’s a list of symptoms. That’s why it’s called a syndrome. They don’t have a cure for it, although some people say you will grow out of it.”

Unfortunately for the maths whizz, she didn’t grow out of it and after a number of blood tests it was confirmed the presenter was reacting to a wide range of foods.

Rachel’s nutritionist advised her to stick to a bland diet before reintroducing food groups slowly.

Fortunately for the Oxford graduate, her new diet consisted mostly of fish and vegetables.

Rachel said: “Luckily I like sushi. At one point I was eating it every day but without soy sauce as that has wheat in it.”

After dabbling in a meat-free diet, the former Strictly stopped eating eggs and dairy.

This, she said, was what made the difference.

In an interview with BT Home in 2018, Rachel explained: “A few years ago, I stopped eating eggs and dairy and I’ve gradually gone vegan. As soon as I stopped eating a lot of foods, many of my symptoms went away almost overnight.”

Rachel and Pasha now follow a plant-based diet and wowed their Instagram followers with tasty treats they’d knocked up for Veganuary this year.

Posing with her baby daughter Noa, who was born in November, Rachel regaled her fans with a number of dairy-free chocolate options.

Countdown is on weekdays on Channel 4 at 2.10pm