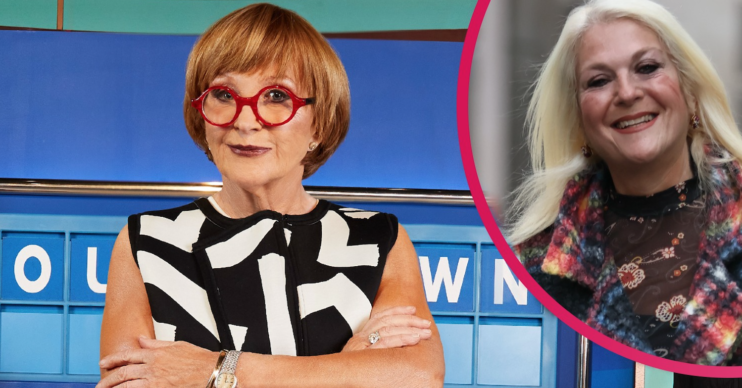 Regular This Morning contributor Vanessa accused Anne of making “racist” remarks when she appeared on The Weakest Link in 2006.

Now 76-year-old Anne – who is preparing to take over the reins of the long-running Channel 4 quiz – has addressed the claims in a new interview.

What did Countdown hot Anne Robinson say about Vanessa?

Chatting to The Mirror, Anne said: “It took her 15 years to discover she was upset about it. I’d just been announced as the host of Countdown, and she thought, this will make a few headlines. And it did.”

Anne added: “This was Vanessa Feltz, who at the time never stopped telling everybody that she had gorgeous black boyfriends.

“What I actually said to her was: ‘How can someone like you get so many gorgeous black boyfriends?’ It wasn’t derogatory, except to her.”

What did Vanessa accuse Anne of?

Back in February, Vanessa said she complained about the on-set remark and the segment wasn’t included in the broadcast.

She told The Mirror: “I said: ‘I don’t think you will use that in the show as it’s racist and also completely inaccurate and in every way unsuitable.

What else did Anne say about Countdown?

In her interview with the newspaper, Anne also addressed her on-screen persona and said that she’s aiming to be a “lot warmer”.

She said that unlike her time on The Weakest Link, she now speaks to the contestants before recording starts to stop them thinking she’s going to be “very cruel”.

Read more: Anne Robinson on Countdown: When does her first episode air on Channel 4?

Reading between the lines, this means not making the contestants cry!

Anne also says she wants the show to be as “warm and funny” as she can make it, while still retaining the show’s integrity.

Countdown with Anne Robinson starts on Monday June 28 at 2.10pm on Channel 4