Coronation Street legend Roy Cropper came over all James Bond in last night’s episode as he dived over a garden wall in an attempt to avoid being run over.

But while the stunt got fans talking, it was actor David Neilson’s stunt double who really attracted attention.

Soaps often use stunt doubles when actors have to do something dangerous or physically different. Normally the changeover is so slick viewers don’t notice anything different.

But last night some eagle-eyed fans clocked that when Roy threw himself over the garden wall to get away from the racist thugs who’d attacked the garage, David Neilson had been replaced by a stranger wearing Roy’s raincoat!

Obviously, these sharp-eyed viewers were quick to pause the action and share what they’d spotted on social media.

“Not even close to looking like him,” one fan pointed out. While another viewer said the stunt double was an “imposter”!

But despite some fans’ disappointment in the stunt not-really-a-double, there was a lot of love for Roy’s dramatic leap over the garden wall.

“Roy Copper diving over the wall was brilliant,” said one fan. 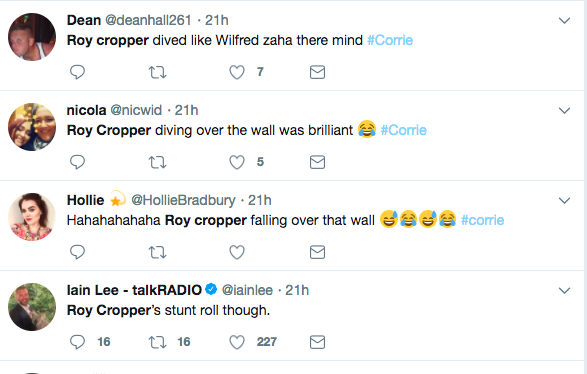 While another said Roy’s jump was “James Bond stylie”. 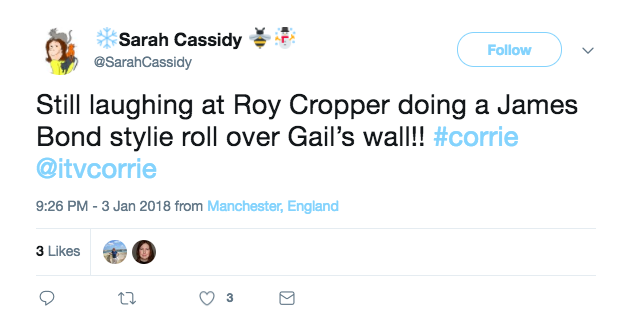 Perhaps it’s James Bond actor Daniel Craig, not David Neilson, who should be worrying about being replaced!