They don't understand why she's working in a lap dancing club...

Corrie’s Craig got the shock of his life tonight, when he found out that his girlfriend Bethany is working as a lap dancer!

The special constable was called to a disturbance at a seedy club, where he came face to face with the venue’s newest recruit, Madison. And the poor lad was speechless to find out that Madison was none other than his own girlfriend!

But it wasn’t just Craigy who was stunned to discover what Bethany has been up to – Corrie viewers expressed their shock that the teenager would want to work as an exotic dancer after being sexually exploited by vile Nathan. 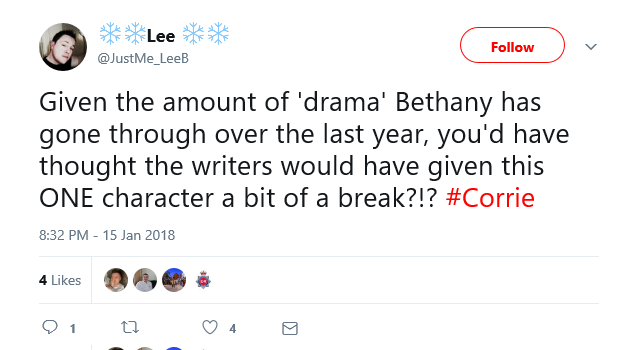 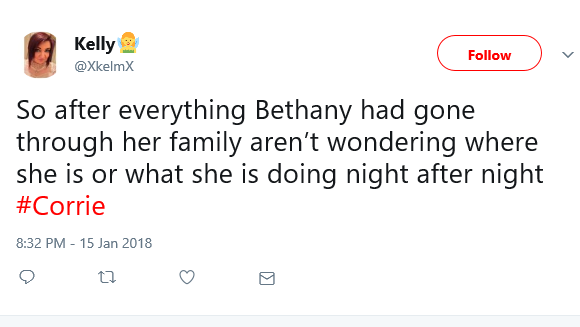 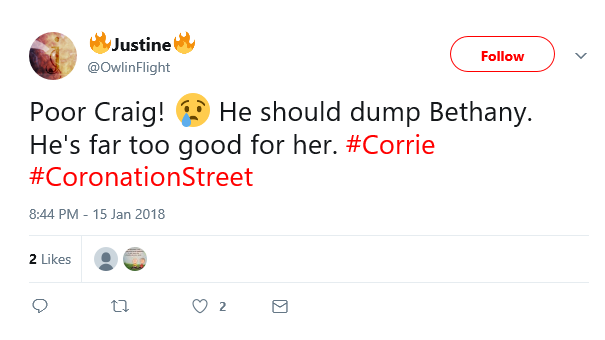 Bethany has been acting strangely for the past few weeks, giving Craig mixed signals about their relationship. The poor lad thought it was because she didn’t want to take their romance to the next level – but now he knows the awful truth!

It’s clear that Craig doesn’t approve of Bethany’s new job, and the pair had a furious row about it when they got home.

“I know you’re being forced to work in that place,” Craig ranted at his girlfriend. “Parading around in your underwear, letting men treat you like a piece of meat!”

But Bethany insisted that nobody pushed her into lap dancing – it’s her choice, and he has to accept it.

The episode ended with Bethany giving Craig an ultimatum – either he accepts her job, or their relationship is over.

And Corrie fans are rooting for the pair to sort things out. 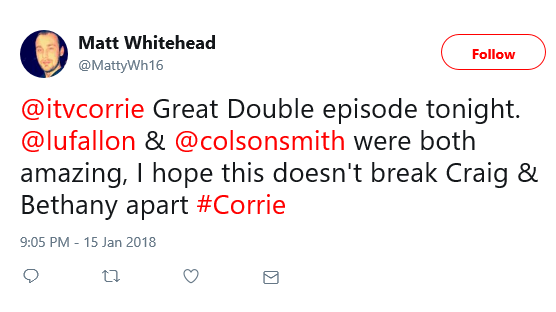 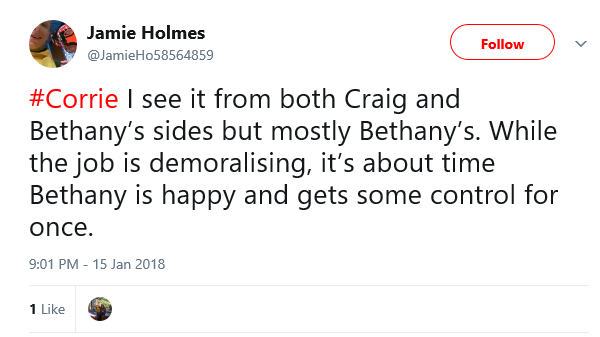 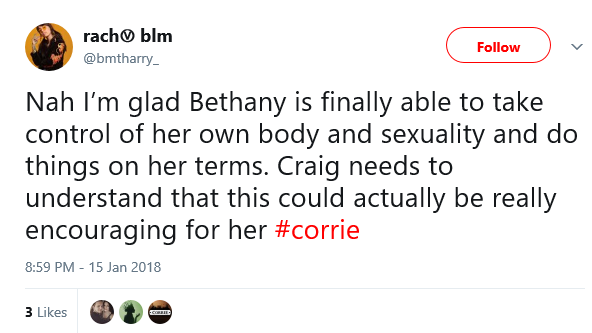 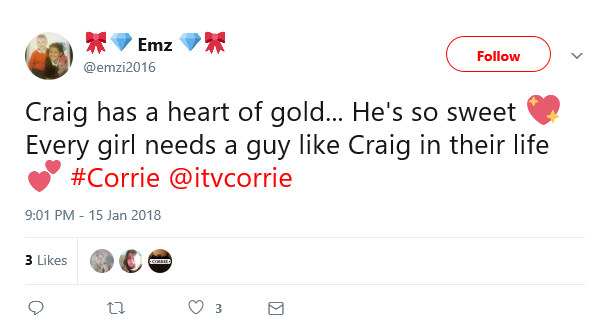 So is it curtains for the young lovebirds’ romance? Corrie fans can find out on Weds night at 7.30.