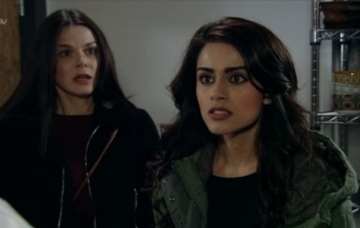 Rana kissed her estranged husband behind Kate's back

The blossoming relationship between Rana Nazir and Kate Connor has delighted many Coronation Street fans, but last night the latest twist had them furious.

The pair, who fans have christened Kana, saw their relationship sorely tested, and there were a couple of major shocks for viewers.

The drama around Rana centred on her mother’s earlier arrest. Who exactly had torn the family apart by making a call to the police?

Hassan was the one who told his daughter the news, and he quickly accused Rana of making the call to drop her mother in it. He even went so far as to tell het that he wished she’d never been born, leaving Rana in tears.

Rana suspected Zeedan straight away and marched over to his brilliantly named new restaurant, Speed Daal, landing herself in a heated argument with her estranged husband.

Kate arrived in the middle of it all, and, as Rana refused to leave until Zeedan admitted what he’d done, Kate was forced to admit the truth to her girlfriend.

“Stop Rana. He’s not lying,” she said. “Because it was me. I called the police.”

After that bombshell, the two women ended up arguing in the street before Rana headed back inside the restaurant.

After a few comforting words and a little laughter, Zeedan went to kiss Rana and she didn’t pull away, only moving back when new waitress Kayla arrived in the kitchen interrupting the pair’s moment.

It was unexpected to say the least and Corrie’s Kana fans took to Twitter to voice their shock. 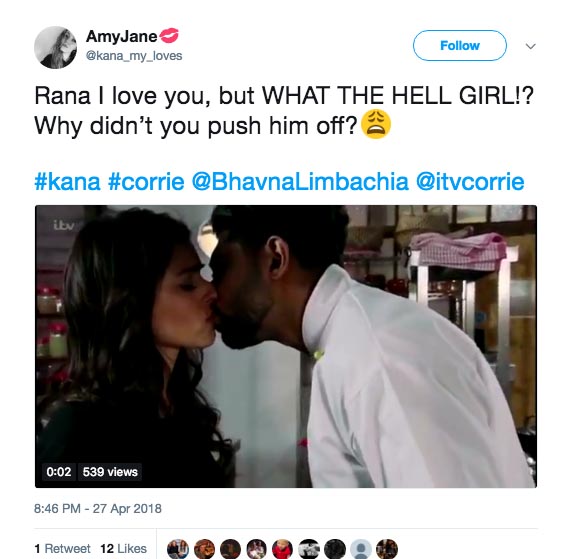 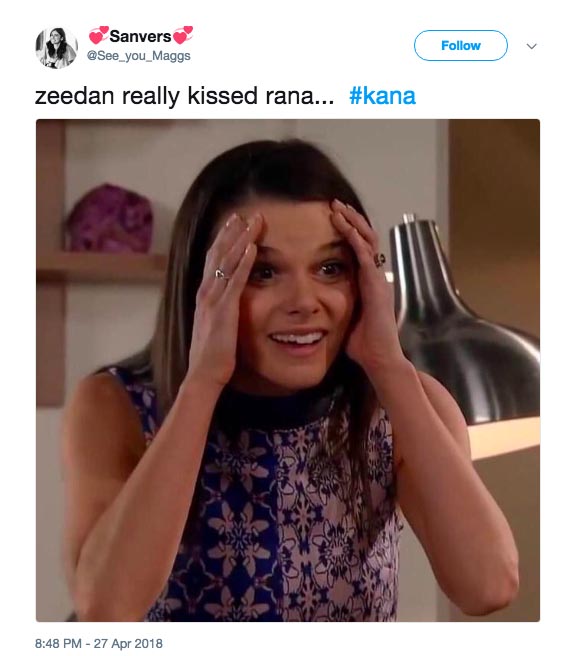 Yes, it really happened Kana fans, sorry. But will it really be the end of one of the street’s most loved relationships that’s already survived against the odds?

Who do you think Rana should be with? Leave us a comment on our Facebook page @EntertainmentDailyFix and let us know what you think!