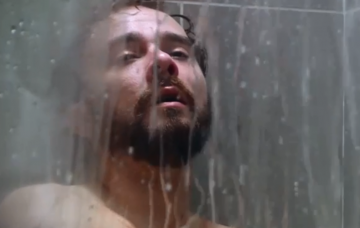 Coronation Street viewers have taken to social media to share their grief at David’s Platt’s reaction in the aftermath of his shocking sexual assault at the hands of Josh Tucker.

Fans took to Twitter in their droves to reveal that despite the scenes being some of the hardest to watch that Corrie has ever aired, both Jack P Shepherd and Ryan Clayton who play David and Josh took on the storyline perfectly.

Last night viewers saw David wake up following the attack and watched as the reality of what had happened to him the night before dawn on him.

David then found a note on the pillow from Josh – clearly acting as if nothing had happened and everything was normal.

David then managed to make it home, only to find his attacker in his own home, pretending nothing had happened.

Fans then watched on as David ran into the garden to be sick before confronting Josh.

“What are you doing coming here? I’ve had my last drink from you. Whatever you put in it you didn’t knock me out completely. I know what you did, I can still feel it. You’re twisted.”

But Josh was one step ahead of David and twisted the reality of what happened, pretending that David consented to them sleeping together: “You were all over me like a rash and now suddenly now you’ve gone all caveman.

“Just save the drama, we were both wasted, we both wanted it.”

But fans knew exactly what had happened, with lots revealing they were in tears watching the soap last night… 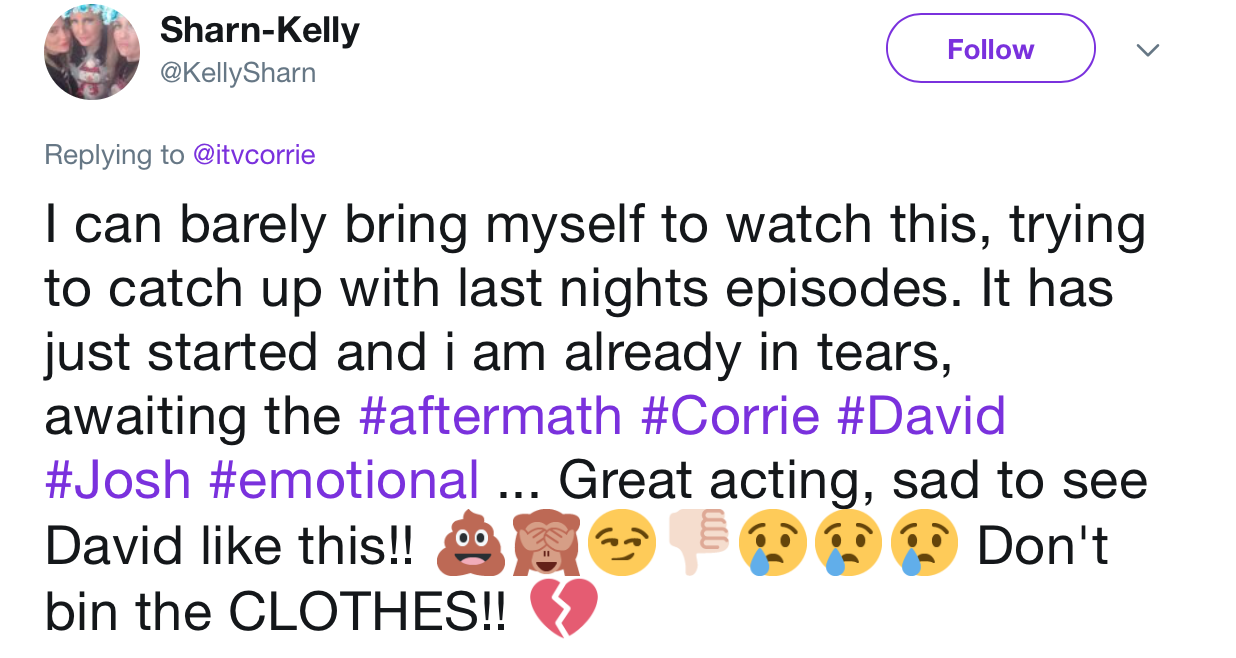 This week sees the return of David’s dad, Martin Platt. Although the reality of what has happened is still too hard to talk about, David escapes Weatherfield, and also Josh.

But when Martin reveals he’s moving to New Zealand, will David be so desperate to forget what’s happened that he decides to go with him?

What did you think of last night’s Corrie? Leave us a comment on our Facebook page @EntertainmentDailyFix and let us know what you think!