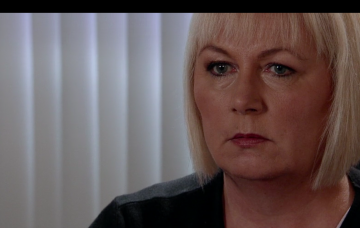 She's had a tricky time

Earlier this year, Coronation Street actress Sue Cleaver admitted she was “knackered” and “needed a break”.

And it’s no wonder as the actress has had to film some gruelling scenes in her portrayal of Eileen Phelan in the ITV soap.

Some viewers might not know that the actress, 54, also suffers from Type 2 Diabetes and is a supporter of the charity Diabetes UK.

Her condition came to light after she collapsed at work in 2011 and was rushed to hospital.

At the time, The Sun reported that her diabetes had been the cause of the illness.

Speaking out while supporting Diabetes Week, Sue told Diabetes Advice: “Having good control of diabetes is really important – after all, people with the condition live with it every day, taking care of their diet and physical activity levels.”

Diabetes is a condition that occurs when the amount of glucose (sugar) in the blood is too high because the body can’t use it properly.

On screen, Eileen’s had one hell of a time recently.

In January, Sue told the Daily Star she’d been struggling with the complicated storylines.

She said: “It’s all getting very dark. It’s just too complicated at the moment. I’m so knackered. I’d love a break. I want to travel to China and Japan.”

But first, Sue’s onscreen character has to endure more turmoil…

Eileen and Pat are due a dramatic showdown in scenes leading up to his departure from the show.

This week, Eileen found out a few of her husband’s crimes but, instead of grassing him up, she agreed to leave Weatherfield for good with him.

But will she actually leave Coronation Street, hand in hand with her killer husband? We doubt it will be that simple!

Do you think there will be a happy ending for Eileen? Leave us a comment on our Facebook page @EntertainmentDailyFix and let us know what you think!