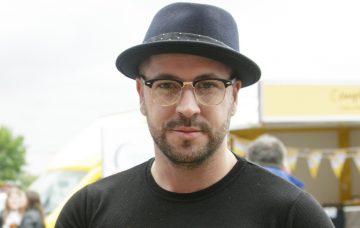 He leaves next month

Corrie actor Shayne Ward has promised that his exit from the soap won’t leave fans disappointed.

In fact, he hints that it’s pretty shocking!

We’ve known since last year that Shayne’s character Aidan Connor was leaving Weatherfield, but details of his exit have been kept very much under wraps.

Now the actor says the scenes will certainly be memorable.

In quotes printed in the Daily Star Sunday, Aidan says: “I think people will be shocked by my leaving storyline, definitely.

“I can’t say anything about it but I promise it will be worth tuning in for.”

Shayne, who has been sworn to secrecy, has already filmed his final scenes – and had his leaving party.

However, Cath Tyldesley is still filming on set beyond Shayne’s departure, so it doesn’t look like Eva and Aidan will swan off into the sunset together.

Many fans believe Aidan is ill due to his increasingly strange behaviour, but we’ll all have to wait until May to see the dramatic scenes.

His exit will come three years after he joined Coronation Street – having first shot to fame on the second series of The X Factor in 2005.

Since arriving on the cobbles in 2015, Shayne has been involved in a number of major storylines, including his character’s illicit affair with Maria Connor behind the back of his fiancée Eva Price.

Now, Eva is expecting Aidan’s baby, but she hasn’t told him about it – and has promised it to Toyah.

So will Aidan die from a dramatic post-surgery hiccup after donating his kidney to Carla? Or will he kidnap his baby and elope?

How do you think Aidan will leave Weatherfield? Leave us a comment on our Facebook page @EntertainmentDailyFix and let us know what you think!