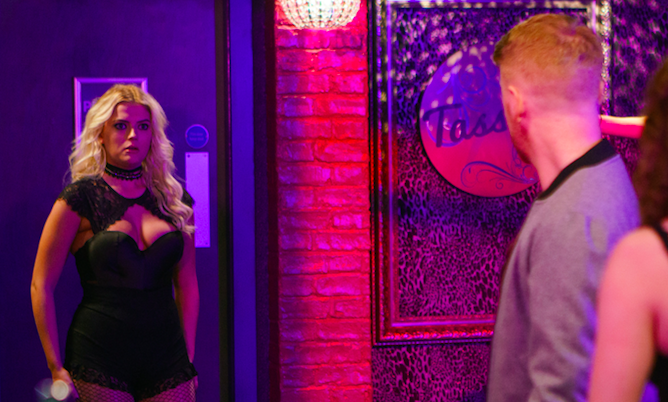 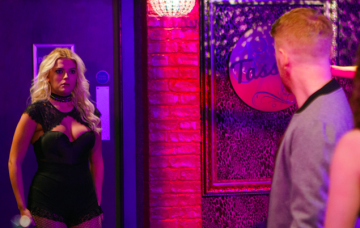 Will anyone believe that he's innocent?

Corrie’s teenage Bethany Platt accuses Gary Windass of sexual assault – and he gets beaten up so badly he ends up in hospital.

But Bethany – who’s been working as a lapdancer – has made the whole thing up, just to stop mum Sarah getting back together with her ex, Gary.

Viewers will soon see Bethany’s boyfriend Craig keep quiet about his girlfriend’s new career because she’s threatened to dump him if he spills the beans.

But her sleazy job is threatened when suspicious Gary follows her to  the club and sees what she’s up to.

Shocked by seeing the teenage daughter of his ex so scantily clad, he tries to drag Bethany out of the club. But Bethany pretends she’s never seen Gary before and calls security!

Gary’s given a right pasting and lands in hospital.

Then to make things worse, when the police are called to the altercation, it’s Bethany’s boyfriend Craig who arrives.

Bethany’s forced into a corner and has to admit what her new job is to her shocked mum – and the rest of her family! Talk about awks!

But despite everything being out in the open, Bethany makes things more complicated when she then accuses Gary of groping her!

Horrified, Sarah confronts her ex at the hospital and he is adamant that the troubled teenager is lying. But who will Sarah believe?

Later, Sarah, Gail and Audrey decide to check out Bethany’s new place of work but they’re shocked when they discover the teen is dancing that day.

When Bethany ends up getting sacked, Sarah makes a shocking decision. What is she going to do?