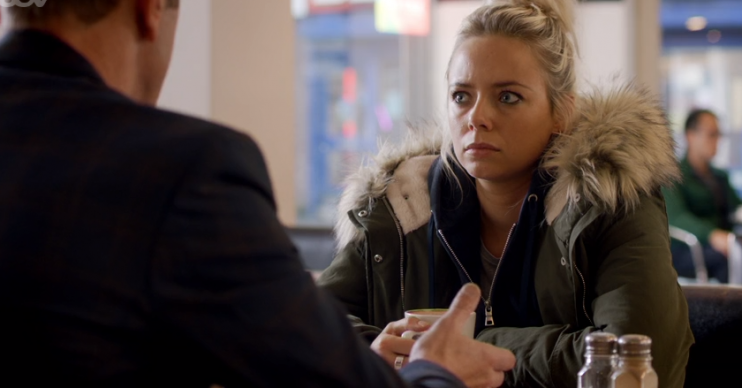 She played a returning character

In last night’s episode (Tuesday January 27), Adam (James Nesbitt) tracked down the girl who he and Rachel (Helen Baxendale), his late wife who was killed in a car crash, tried to adopt in the fourth series.

Former Corrie star Sacha portrayed Laura, who Adam and Rachel never ended up adopting after discovering they were expecting a baby.

Adam and Laura’s meeting in series nine, 19 years later, was initially awkward but they eventually bonded over their shared history and what happened with the failed adoption.

Corrie fans reacted with delight on Twitter, as Sacha played Weatherfield’s Sian Powers from 2009 until 2011.

“Anyone know the name of the actress playing Laura in #ColdFeet please?” asked a fourth, alongside a smiley face emoji.

Others heaped praise on the show for bringing the character back, as one wrote: “Bringing Laura back into #ColdFeet is a really brilliant plot line, opens up so many possibilities.”

Someone else put, with a crying emoji: “Adam and Laura talking about Rachel #coldfeet.”

Anyone know the name of the actress playing Laura in #ColdFeet please? ☺️

It follows reports that Cold Feet could be back next year.

Actor Robert Bathurst, 62, who plays David Marsden, has suggested it could return for a “one-off” special in 2021, despite plans for the show to take a break after this series.

Discussions have reportedly taken place around the idea of a longer episode to tide fans over, as Robert told The Sun newspaper’s Bizarre TV column: “I mean there’s talk of a one-off. It’s just talk. I don’t know any more than that.”