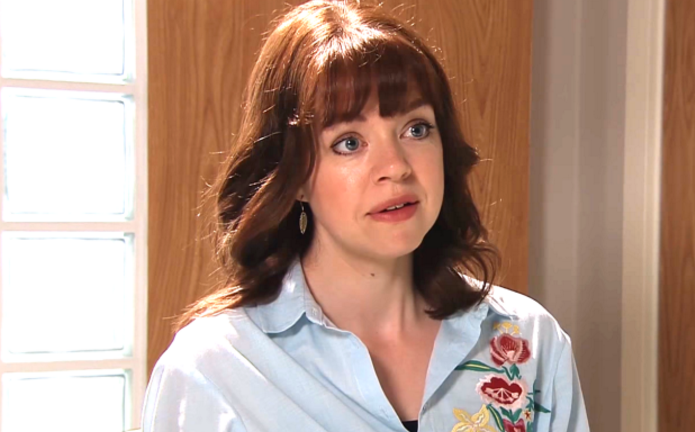 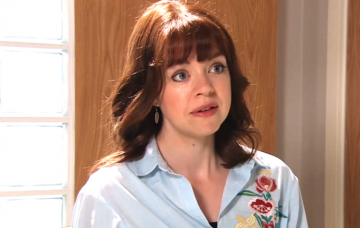 Corrie fans have been, ahem, scrambling to social media this week to pass comment on Omelette-gate.

In case you’ve been living in a cave, the incident in question saw Toyah Battersby – supposedly a vegan – ordering a plain omelette at Roy’s Rolls.

Well, someone at the ITV soap has clearly been paying attention to the furore, as a response has appeared on the official Coronation Street Facebook page.

As Toyah (played by Georgia Taylor) ordered the eggy snack in Wednesday’s instalment, she seemed oblivious to the fact that vegans aren’t supposed to eat eggs.

But fans of the show didn’t waste any time in picking her – and the Corrie writers – up on the error.

One queried on Twitter: “Why did Toyah get an omelette in the cafe if she’s vegan?”

Another added: “#toyah ordering a plain omelette in Roy’s… thought she was vegan?!”

And a third fan said on Facebook: “I thought Toyah is vegan? Yet she only ordered an omelette in the cafe.”

It was to that third comment that a Corrie representative issued their retort – and it was a good one!

It said simply: “She’s a vegetarian with vegan friends”, along with a winking emoji (which may or may not suggest that they realised a mistake had been made).

Whether it was an error or not, it’s probably best not to mention it to Georgia Taylor if you ever see her out and about.

Earlier this month, the actress took to Twitter to complain after a fan asked her for a selfie at a doctor’s surgery.

Wrote the 38-year-old: “Since when was it deemed acceptable to ask for selfies in the doctor’s reception?

“You have no idea what I’m here for, and it’s completely inappropriate, but apparently I’M the ‘rude’ one for saying no…”