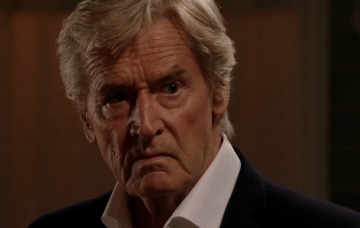 The actor is alive and well

Coronation Street star Bill Roache has had to reassure fans that he’s alive and well, after falling victim to a cruel hoax.

The fabricated report said that Bill’s son Linus had announced his father’s death from heart failure.

A spokesperson for Coronation Street denied the story on Bill’s behalf, insisting that the actor – who has played Ken Barlow for 58 years since the very first episode in 1960 – is alive and well.

Responding to a Twitter user who asked: “Is it true that Bill Roche (Ken Barlow) has passed away?”

@itvcorrie is it true that Bill Roche (Ken Barlow) has passed away.

Replying to another worried fan, the Corrie spokesperson insisted: “It’s a hoax.”

The lie comes just a few months after a US website incorrectly reported that Malcolm Hebden, who plays Norris Cole, had passed away.

The fake news comes just after a difficult time for Bill… He has only recently resumed work on the ITV soap after the death of his daughter.

Vanya, the oldest of his five children, passed away at the age of 50 after suffering liver failure.

What has been your favourite Ken Barlow storyline in Corrie? Leave us a comment on our Facebook page @EntertainmentDailyFix and let us know what you think!