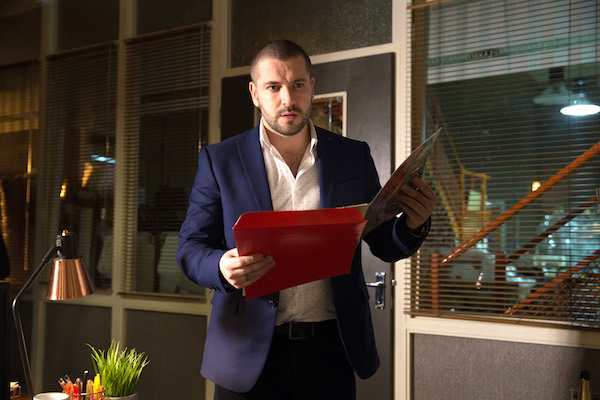 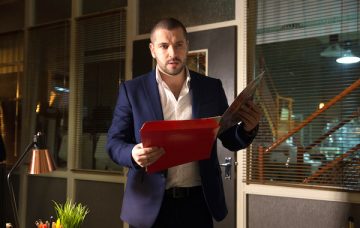 Aidan appears to have totally forgotten he caused the entire situation by cheating on Eva.

Viewers have pointed out that he seems to have forgotten that he cheated on Eva with Maria Connor for more than a year, as he hit out at her for her pregnancy.

Last week viewers watched shocked as Eva told Aidan she was pregnant with his child.

But, unsurprisingly, after her last pregnancy turned out to be a fake, Aidan didn’t jump at her with open arms.

Instead he refused to have anything to do with her or the baby until a DNA test had been done.

He accused her of only telling him once she found out he had the factory again, insinuating she was a gold digger.

That was enough to convince Eva that she had no future with Aidan and to double down on her plan to give the baby to Toyah Battersby.

But to keep him quiet about the baby and to make her plan work, she had to keep Aidan quiet about her pregnancy.

“It’s not your problem,” Eva told Aidan, as she revealed her plan.

“There’s not going to be any test Aidan. You were right, it’s not yours. It was about the money and stuff.

“You can’t blame me for wanting security for my child. Just promise me you won’t say anything and I’ll go.”

Aidan agreed, but not before insulting Eva, saying:  “So it is Adam’s then? Unless you’ve got half a dozen baby daddies lined up as well?”

Viewers weren’t about to let hypocritical Aidan forget he was the one who cheated on Eva in the first place.

Another added: “#CoronationStreet has everyone forgotten is was Aidan that cheated on Eva not the other way around so why they acting like it was her #Corrie.”

And a third said: “Does everyone forget that Aidan cheated on Eva for a long time and completely humiliated her? Also, the fact she was going to forgive him and marry him and didn’t want to do the plan with Adam anymore? I feel sorry for her.”

What do you think about Aidan’s reaction? Leave us a comment on our Facebook page @EntertainmentDailyFix and let us know what you think!