Four stars of Coronation Street featured on today's episode of This Morning (May 20) but the chat was marred by apparent issues with the sound. 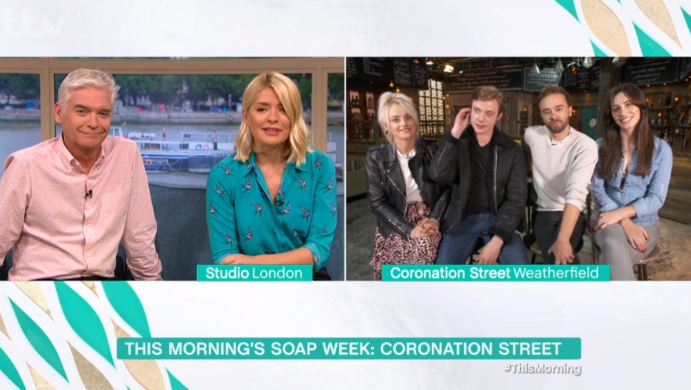 They were on to talk about their storylines and award nominations (Credit: ITV)

They chatted with This Morning co-hosts Phillip Schofield and Holly Willoughby via a live link between the two studios.

But there was a noticeable delay in the connection that blighted the conversation, with Phil and Holly posing questions and the Corrie cast picking them up around a second or so later.

In this day and age it really shouldn't be so noticeable.

At the start of the interview, after introducing the guests Holly congratulated them on their award nominations. 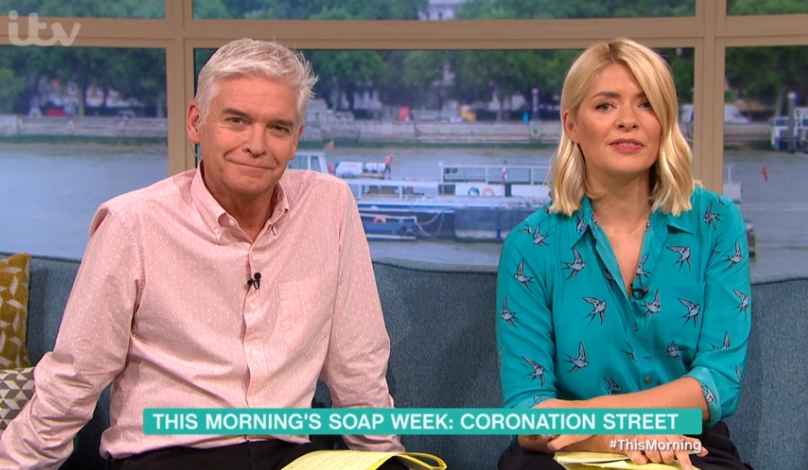 There was a noticeable delay in the link between the two studios (Credit: ITV)

Before they could reply, Phil chimed in to quickly wish Rob a happy birthday for yesterday (May 19).

Then, due to the delay, Katie appeared to say "Thank you very much" in response to Phil's birthday message to Rob, who was then heard murmuring "Say again?" as he readjusted his earpiece while Phil and Holly joked that he might be a bit hungover today.

On Twitter, one viewer wondered why such a time gap would still be a thing with the technology we have today.

They wrote: "#thismorning bad delay and in this day and age it really shouldn't be so noticeable."

#thismorning bad delay and in this day and age it really shouldn't be so noticeable.

Coronation Street's own Twitter account posted about the interview and fans were able to look past the technical problems, tweeting instead their appreciation for the cast's jokes and references to other show favourites.

Another wrote: "It was funny they make a joke about being married to a Platt and people die who get with David."

Someone else tweeted: "Also, Jack was funny when Holly asked when we find out who caused the factory roof collapse & Jack said, 'Not very long, I think you find out tonight, no I don't know I just made that up'."

A fourth said: "I want Zac Efron to join Corrie and make friends with David Platt and help him out with this money storyline..." 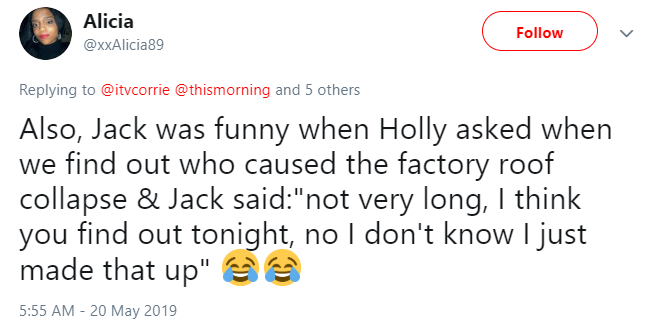