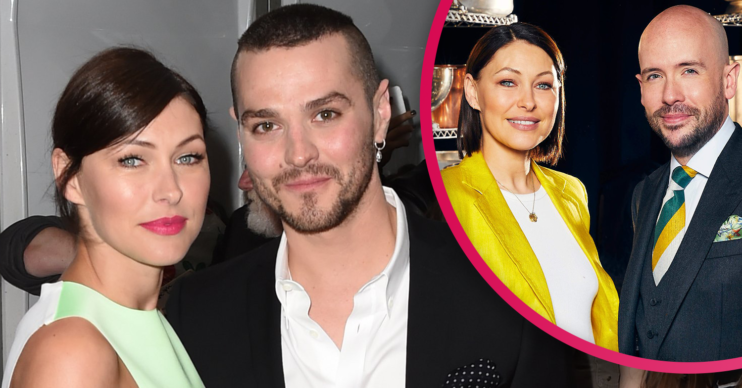 Emma has spoken about supporting husband Matt through addiction

Cooking With The Stars is currently running on ITV, featuring eight celebrities as they battle it out to become master chefs under the watchful eye of presenters Emma Willis and Tom Allen.

Each celebrity contestant is paired with a professional mentor and, under their guidance, each celeb must prepare a top-rated dish each week or risk elimination.

The show is co-hosted by Emma Willis who, alongside fellow host Tom Allen, takes the audience through each gripping week.

But what else is the Cooking With The Stars presenter famous for?

Who is Cooking With The Stars presenter Emma Willis?

Emma is a 45-year-old TV presenter and former model.

You may recognise her from her other presenting work – as she’s appeared on a lot of shows!

The busy presenter and mum-of-three presented The Circle between 2019-2021 as well as having done stints on The Voice, The BRITs, I’m A Celebrity and Big Brother.

She got her big break as a presenter on MTV in 2002 and has since gone on to present some of the biggest shows in television over the past 20 years.

In 2019, she gained a qualification as a maternity care assistant after presenting the documentary Delivering Babies.

She’s hinted it could even be a direction for her future career if she ever leaves presenting: “I always thought I would work in a hospital environment because that is what fascinated me.

“But it was the moment I gave birth and the support I had from midwives and seeing what they do and how they can help you, that was the game changer for me.”

Who is Emma Willis married to?

Husband Matt has struggled with drug and alcohol abuse in the past and spent some time in rehab in the earlier years of their relationship.

Despite his struggles, Emma was determined to support husband Matt.

“I wasn’t going to leave him because he had a problem. I wanted to help him, but he had to help himself and I believed he would,” she told The Telegraph last year.

Despite Emma sticking by Matt, at one point in his recovery, the musician became “fully invested” in Scientology. That is, until he thought they were trying to split up his marriage.

The musician told The Sun: “They were like, ‘There’s someone in your life who’s actually draining you, who’s a negative force. It’s normally the person closest to you’. And it’s like, ‘I think they’re trying to split my marriage up now’.

How many children do Emma and Matt have?

Matt became sober in 2008, but Emma believes it was the birth of their first child in 2009 that made him stick to ditching the drink and drugs.

“‘What really changed him was our daughter, Isabelle. He was already doing it [recovery] himself, then she arrived and that made him even more determined.”

The couple are also keen to raise their children to express themselves however they want – despite any norms placed on them by society.

When she received some negative comments after posting a photo of son Ace in a pink crop top, she said: “It’s just my son in a pink top and for me that is normality.”

“He’s a very free and open-minded boy. He’s like ‘why do I have to dress in green, blue or grey if I like pink, red, purple?’

“I’ve tried to raise him as a very open-minded young boy.”

Cooking With The Stars airs Tuesdays at 8pm on ITV.

So will you be watching? Leave us a comment on our Facebook page @EntertainmentDailyFix and let us know.