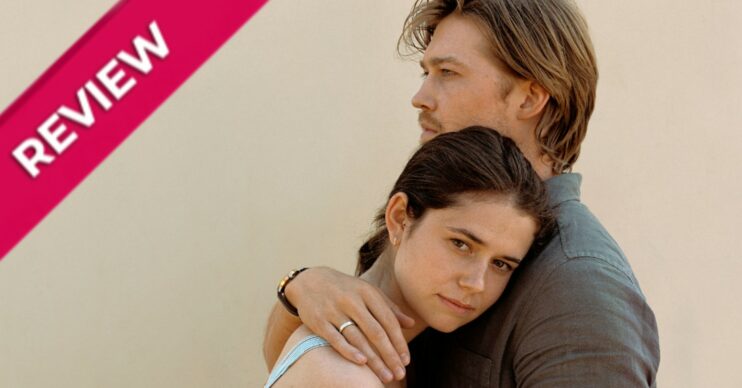 After what seems like a mammoth wait, Conversation With Friends is finally here – and here’s our review.

The series broke records – mainly for the amount of sex in it – and won awards.

In fact, the series was viewed at least 38 million times, making it so successful bosses decided to bring BBC Three back.

Previously it had been made digital in 2016.

And it’s everything Sally Rooney fans could hope for.

Here’s our review of Conversations With Friends on BBC Three, with no spoilers!

Conversations With Friends is a pretty honest interpretation of Sally Rooney’s novel of the same name.

Alison Oliver is bloody brilliant as Frances, possibly because it’s her first ever TV role and she exudes a naive charm that makes me want to mother her and be friends with her all at once.

Which is exactly how I felt about Frances when I read the book.

Actually all the cast are brilliant – maybe not exactly how I saw them in the book, but they fit the roles perfectly.

She’s often misunderstood and struggles to make herself heard – especially by her well-meaning mum and alcoholic dad.

The only place Frances shines is on stage, performing poetry in bars and clubs.

That is until she meets Nick Conway (played by Joe Alwyn, who will grow on you like a rash).

The pair embark on a passionate affair, under the nose of his wife Melissa (Jemima Kirke).

Nick ultimately becomes a blessing and a curse for Frances.

He forces her to confront her repressed emotions and lack of self confidence.

But with it comes more pain that she knows how to bear.

Beside Frances all the way, before the affair, during and after, is her relationship with Bobbi – which is perhaps the main star of the show.

Is the Sally Rooney adaptation any good?

Conversations With Friends will please Sally Rooney fans and those of you who loved the BBC adaptation of Normal People.

It deals with the raw emotion contained in the novel – love, lies, sex, desire, betrayal, passion, hope, mental illness – which all results in one hell of a coming-of-age drama.

There’s humour in Frances’ witty retorts, and warmth in the friendship between Frances and Bobbi.

But all eyes are on Frances and her destructive relationship with older man Nick.

Nick holds all the power, and I’m almost certain we can all relate to that.

It’s a slow burner in episode one, but stick with it.

Episode two will grab you by the nuts – possibly literally – and hold you there until the bitter end.

You’ll want to follow Frances and Nick’s affair, and the car crash that is waiting just around the corner.

Like Connell and Marianne in Normal People, the scenes between Frances and Nick are mesmerising.

Is there lots of sex in Conversations With Friends?

Is the Pope Catholic?

Actually, I shouldn’t mention the Pope; he’d need to hide his head under his cassock to spare his blushes!

Fans of Normal People were frankly delighted by the raunchy scenes in the BBC show.

With 41 minutes of sex in total, it was reportedly the most sex the channel has ever shown.

The show made history when one of the episodes aired in Ireland featured a long sex scene.

That’s because it was the first to show full frontal male nudity.

Conversations With Friends is much the same.

Some of the scenes between Nick and Frances are so sexy they made my TV steam up.

But, in my opinion, it’s not gratuitous.

It’s essential to show how Frances gives herself to Nick completely – and how intense the chemistry between them is.

And if you don’t like sex on TV, turn off – but you’ll be missing out on a great TV series which is more than just sex.

It’s a modern day love story, with beautiful locations, a perfectly-cast ensemble of actors and a soundtrack you’ll want to download.

It’s six hours of my life – delivered in manageable bite-sized pieces – I don’t regret giving up.