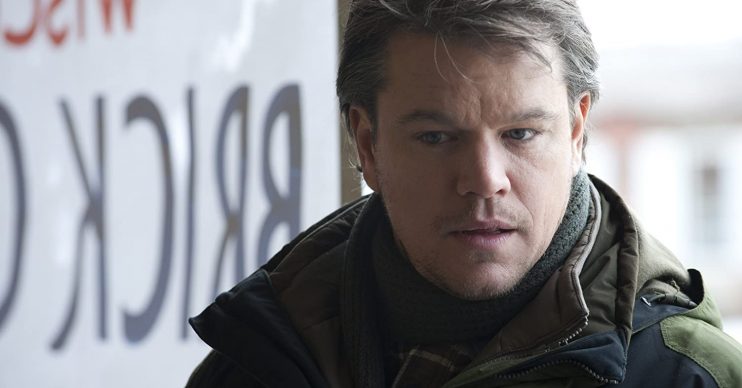 The film is now streaming on Netflix

The 2011 film, starring Matt Damon, is now streaming on Netflix and the disturbing similarities are freaking people out.

In case you haven’t seen it yet, here are seven facts the Hollywood blockbuster gets completely right.

1. It started in China

In the movie, the MEV1 virus outbreak starts in China.

The fictional disease originates from a bat and infects patient zero at a live animal market.

Coronavirus is also believed to come from bats and reportedly started in a wet market in Wuhan.

Kate Winslet’s character warns that the MEV1 virus is spread through people touching their faces.

She explains that the average person touches their face up to 3,000 times a day – and it has deadly consequences.

This is also the case with coronavirus.

In fact, the Government has repeatedly emphasised the importance of washing hands and avoiding touching the face.

Health officials have also urged people to ensure they wash their hands for at least 20 seconds to kill harmful germs.

3. The toll on health workers

In the movie, Kate’s character (a leading scientist) dies while trying to treat patients and cure the virus.

Devastatingly, this is happening now in real life.

Several frontline nurses and doctors have contracted coronavirus and have sadly lost their lives while trying to save others.

READ MORE: Contagion is on TV and people are furious

He has no symptoms and is not affected at all by the virus.

We later find out that there are countless others like him.

Although that’s great news for the lucky few, the danger  is that they’re still carriers and are spreading the virus unknowingly.

This is of course happening now in real life.

In the film, Jude Law’s character spreads rumours about the vaccinations.

He tells his loyal army of followers that the jabs could possibly lead to cancer and autism.

The danger here is this false information ultimately costs people their lives.

In reality, there have been countless theories about coronavirus – including that it’s actually caused by 5G.

The Government has spoken out to stress the dangers of spreading fake news.

As Laurence Fishburne’s character sums it up in the film: “In order to get scared all you have to do is come into contact with a rumour.”

As people fear shops will run out of stock, they begin panic buying.

In once scene, a riot even breaks out at a pharmacy as customers fight for medication.

Bizarrely, in reality, people have been fighting more so over items like toilet paper.

In the film, they make it clear that the most effective weapon they have against the virus is social distancing.

Laurence’s character stresses the importance of staying at home and not shaking hands.

The same thing is currently happening in several countries around the world, including the UK, Spain and Italy.

Contagion is streaming now on Netflix

Have you seen Contagion? What were your thoughts? Visit our Facebook page @EntertainmentDailyFix and let us know what you think of this story.