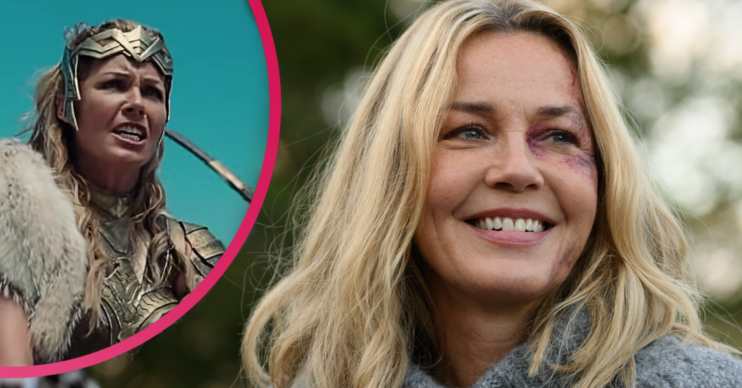 Connie Nielsen in Close To Me: Where have you seen her before and is she married?

Close To Me is a new psychological thriller on Channel 4 starring Connie Nielsen and Christopher Eccleston.

While Christopher is a familiar face to UK fans thanks to his appearances in hits like Doctor Who and The A Word, Connie is a bona fide Hollywood star.

But where have you seen her before and is she married? We have all the answers.

What is Close To Me with Connie Nielsen all about?

Channel 4’s new six-part thriller follows Jo Harding, a woman who seems to have it all – a beautiful house in the country, a loving family and a devoted husband, Rob (Christopher Eccleston).

When Jo wakes up in a pool of blood at the bottom of her stairs, she’s horrified to discover that the resulting brain trauma has caused her to forget the last year of her life.

Discharged from hospital, she has a disturbing flashback that causes her to question just what she might have been up to during the months she can’t remember.

As she struggles to piece her life together with the help of Rob, Jo starts to fear that her family are keeping secrets from her.

How did Connie become famous?

Born in Denmark, 56-year-old Connie became one of the hottest young actresses in Hollywood when she made her debut in the US thanks to The Devil’s Advocate in 1997.

In that movie, she starred opposite the legendary Al Pacino and Keanu Reeves.

Then she landed a role in Ridley Scott’s iconic Gladiator, where she played Lucilla.

Despite her Danish upbringing, she didn’t star in anything from Denmark until 2004’s Brødre.

However, she became a global star again thanks to her role as Queen Hippolyta in smash hit superhero movie, Wonder Woman.

Is Connie married and does she have children?

Connie and Lars Ulrich – drummer for iconic heavy metal band Metallica – were together from 2004 to 2012.

Together they had one son, Bryce, now 14.

Connie also has a son from her previous relationship with actor Fabio Sartor.

Sebastian is now 31-years-old and is a hip hop producer in the US.

Close to Me Connie Nielsen