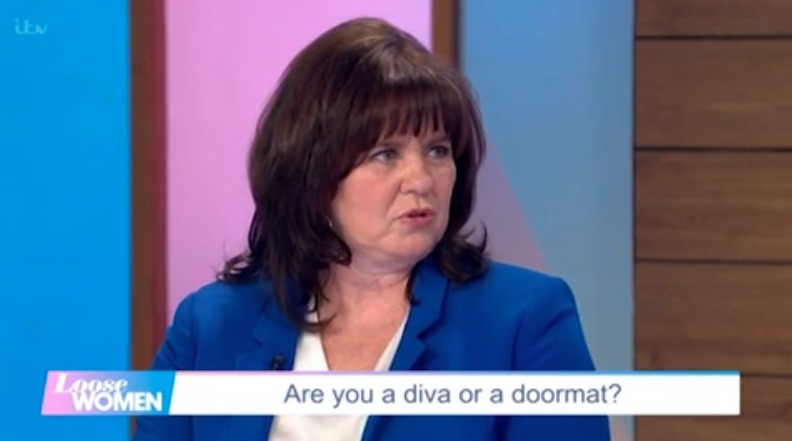 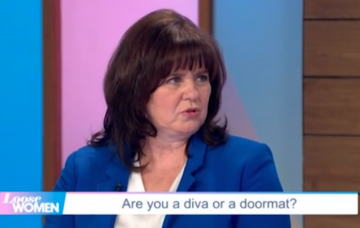 Loose Women panellist Coleen Nolan has hit out at Dancing On Ice contestant Gemma Collins for playing the diva.

The 53-year-old slammed the brassy TOWIE cast member for being the big ‘I am’, even though her shameless attitude is The GC’s entire act.

The ITV show’s other presenters were not as critical about Gemma’s image, even though there seemed to be an agreement she is way too OTT whenever the cameras are pointed the reality star’s way.

However, an unimpressed Coleen – who took time away from the talk show last year after clashing with celebrity cleaner Kim Woodburn – maintained no matter how big a star a TV personality may think they are, “no one has a right” to be overly demanding.

Several of the panel praised Gem for going all out during her debut performance on the rink last night, but the discussion of Gemma’s ‘diva’ status seemed to rile Coleen.

Host Andrea McLean mentioned The GC was a “self-confessed diva” but Jane Moore suggested she was more “self-styled”.

And after Stacey Solomon gave her support to her fellow Essex native – who she described as “a force” – Coleen seemingly objected to the ‘leading lady’ tag being applied to the divisive telly fave.

“I agree with you,” began Coleen.

“If she’s giving it 100% and all that, great, but we’re talking about being a diva and I don’t think anyone has any right to be a diva.

She continued: “It is the word being taken out of context, but she is a self-confessed diva.”

Following Jane’s point about the balance between being a pro and being a diva, Coleen advanced the discussion by insisting it is possible to be a big character without being rude or dismissive.

Coleen continued: “Within that you can get what you want but I don’t think you have to be nasty to people.

“I think there’s a way. It is having manners to get what you want and you can do it in a nice way.”

Is there some secret beef with Gemma, Coleen?

Fans watching at home seemed to think so, with one tweeting: “Coleen Nolan doesn’t like Gemma Collins. You can tell.”

Another went even further, accusing Col of being a “bully”.

“Honestly Gemma is actually down to earth, lovely person, she’s funny and speaks her mind. Go home Coleen!” they tweeted. 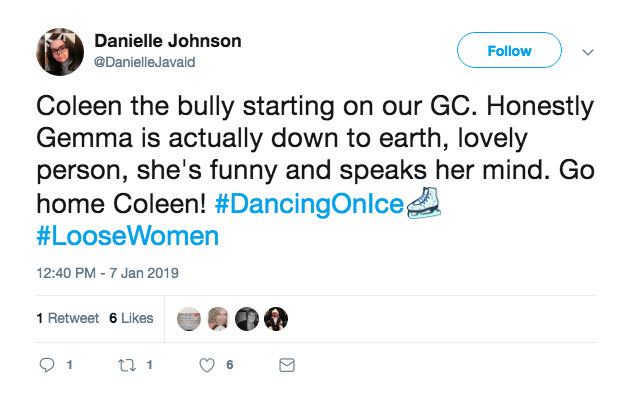