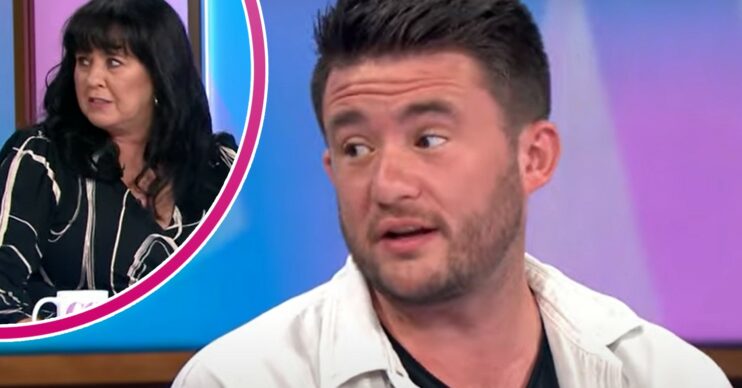 Coleen Nolan was joined by her son Shane Jr on Loose Women today and viewers all made the same complaint.

Shane Nolan tied the knot over the weekend with his partner, Maddie Wahdan.

As a result, the TV star shared numerous snaps earlier this week on her Instagram.

To mark his big day, Shane appeared on the ITV daytime show on Wednesday to talk about the ceremony.

Sadly for Coleen, not everyone was happy with Shane making an appearance.

As a result, many fans took to Twitter to complain and suggest he only bagged a spot on the show because he’s Coleen’s son.

“#LooseWomen why is Shane Nolan on really? Nobody cares about this ridiculous nepotism,” said one person on Twitter.

A second furiously ranted: “Complete nepotism with Shane Nolan on #LooseWomen. Let’s talk about things that MATTER. You all talk about the cost of living but talk about expensive weddings and pathetic things. Bring back @StaceySolomon, she keeps it real!!”

“Why in God’s name do they have to drag Shane Nolan out, just go on your bloody honeymoon! #LooseWomen,” moaned a third.

A fourth complained: “So we had a fashion show on Loose Women about what Coleen would wear to Shane’s wedding then we had hen [do] photos of said wedding then actual wedding photos and today we had the groom on to talk about the wedding, nobody cares.”

However, others liked seeing Shane on the programme as one gushed to him: “I love it anyway when your mum is on and great to see you today.”

Meanwhile, Coleen’s choice of outfit at the wedding turned heads on social media.

The star was glowing in a royal blue midi dress with a matching hat and heels.

Fans rushed to comment on the ensemble, with one saying: “You look absolutely beautiful… No words.”