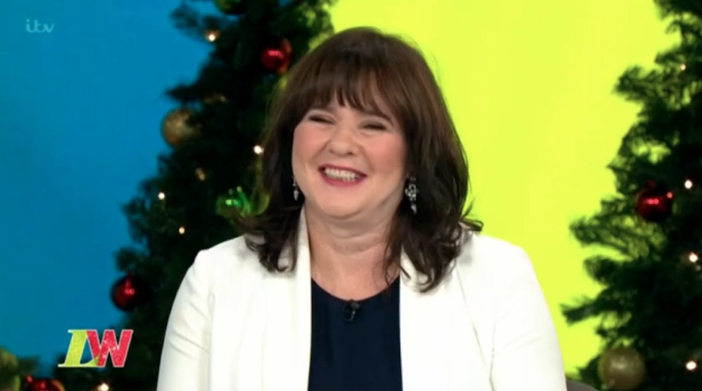 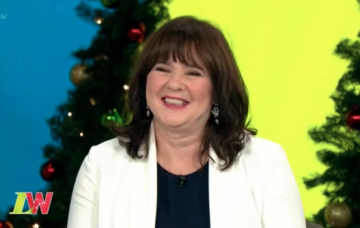 She's been away for four months

Coleen Nolan has returned to Loose Women for the first time in almost four months following her row with Kim Woodburn.

Coleen, 53, stepped away from the public eye following a disastrous interview with Kim, which was set up by producers in the hope that the two women could bury the hatchet after falling out on Celebrity Big Brother last year.

But it didn’t quite go to plan and Kim ended up walking off set in tears and Coleen was branded a “bully” on social media, an allegation she vehemently denied.

Making her return to the daytime show on Monday, Coleen was given a standing ovation by the audience as they chanted her name.

Getting rather emotional at the positive response, she said: “It was very nice, it nearly made me cry! It’s like coming home… it’s been great.”

Her fellow panellists Ruth Langsford, Janet Street Porter and Jane Moore were thrilled to have Coleen back on the panel.

It comes after Coleen announced her hiatus from the daytime show over the summer, as well as plans to postpone her solo tour that had been due to kick off in January following backlash from the Kim interview.

Her rep said at the time that Coleen was “not strong enough” to withstand the “constant” online trolling she’d received.

A statement from her rep read: “Following the constant online bullying, trolling and misrepresentation of her words and reactions, it is with sad regret that Coleen is taking an immediate hiatus form all her current commitments including Loose Women and postponing her Never Too Late solo concert tour.

Meanwhile, Kim told New! magazine at the time: “I don’t wish her any harm and I’m sorry she has no job on Loose Women. I can say hand on heart, I didn’t cause it and I hope, in time, she gets back on her feet.”

Coleen does, though, have a job on Loose Women as it was made very clear she’s just taking a break and would be returning when she’s ready.

Read more: Coleen Nolan reveals her warning to This Morning

More than 7,000 viewers complained about the Loose Women panel’s treatment of Kim during the interview, and Ofcom said at the time it was investigating whether the programme “fell short of generally accepted standards”.

Are you glad to have Coleen back? Leave us a comment on our Facebook page @EntertainmentDailyFix and let us know what you think!