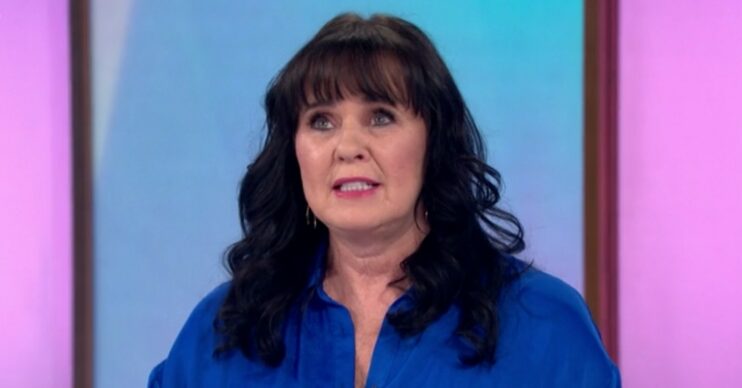 Coleen Nolan opened up on her weight struggles during a debate on Loose Women today (February 8).

On Tuesday’s show, Coleen sat down with her fellow panellists as they discussed a weight loss injection.

The treatment, which could be made available on the NHS later this year, is currently in a trial stage.

Coleen Nolan opens up on her weight

According to reports, adults in the trial lost six times as much weight compared to those relying on exercise and diet.

She said: “I think that the only way to lose weight in the long term is to change your attitude to food to realise that what goes in will affect the size of your backside.

“It will work for some people but as a nation, we have got this disconnect with food where we don’t realise we actually eat all the time.”

However, Coleen disagreed with some of Janet’s points.

The 56-year-old shared: “For people that do use food for other mental health issues, they need a different kind of treatment – therapy, counselling to find out what the issue is.

“It’s funny because we all know that when you’re sitting there eating chocolate crisps and pizza, you’re going to put weight on.”

Coleen went on to speak about her own issues with weight.

She continued: “I think for people who have never experienced what it’s like to look at a chocolate bar and put weight on – which is me – it’s hard for them to understand.

“Janet, to me, you’re never been overweight.”

Janet insisted: “I once had my doctor tell me I’d gone over the magic amount you’re supposed to weigh for your age and height.”

However, Coleen responded: “But I’ve gone weeks over that line, not a day. I’ve gone months ahead.

“My dad could eat a whole loaf of bread in front of me, with lashings of real butter and he never put on a pound, where as my mother did and I did.

Coleen has always been open about her weight over the years.

Last year, the star revealed that she had lost two stone after turning vegan.

After adopting the plant-based diet, Coleen began to lose weight ‘as a side effect’ to the change.

She told Bella Magazine: “I’ve probably dropped a couple of stone. The weight loss was just a bonus, going vegan was never about losing weight.

“I feel much better than I’ve ever felt. I’ve had my teeth done and lost weight, I can’t stop smiling.”