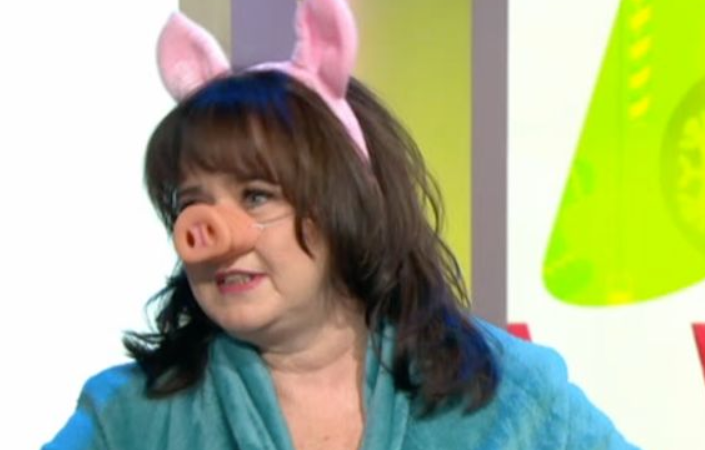 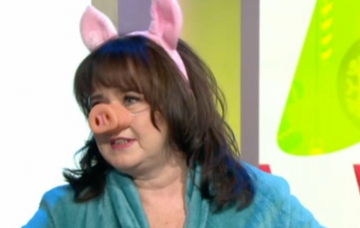 Coleen Nolan makes fans cry with laughter after dressing as a pig in a blanket!

She hammed it up on Loose Women...

Coleen Nolan has certainly made her Loose Women comeback memorable as she dressed up as a pig in a blanket today!

The 53-year-old looked less than amused as she was made to wear a pig snout and ears and was wrapped in a large blanket as she wheeled out some sausages for her fellow panellists to try.

But everyone else found it hilarious, including her co-stars Ruth Langsford, Janet Street-Porter and Stacey Solomon!

It was all in aid of Janet, who shocked when she admitted she had never tried the Christmas tradition of pigs in blankets.

But Coleen could be seen muttering under her breath and shaking her head!

When your ‘pig in blanket’ comes to life… @NolanColeen 😂 pic.twitter.com/MMOt6gCeeH

Fans were in hysterics over the hammy stint and praised the star, who has returned to the show after a four-month break, for being a good sport.

“It’s so good having @NolanColeen back!!” wrote one viewer.

Another commented: “Hahaha thanks for making me laugh! Glad you’re back.”

A third simply wrote: “Love her”.

It’s so good having @NolanColeen back!!

Read more: Nick Knowles’ son Charles slams rumours he is being fake on I’m A Celebrity

Coleen took a break from Loose Women after she was trolled following a row with Kim Woodburn on the show in August.

Looks like Coleen’s taking home the bacon in more ways than one tonight!

Are you glad to see Coleen back on your screen? Leave us a comment on our Facebook page @EntertainmentDailyFix and let us know what you think!