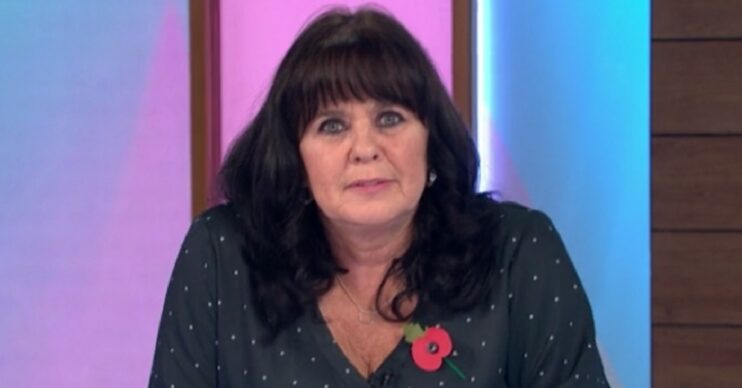 Coleen Nolan has hit back at viewer criticism after unveiling her new tattoo on Loose Women.

But as Coleen proudly showed off her new tattoo, some eagle eyed viewers took issue with the inking.

The star shocked her fellow panellists as she unveiled the teapot inking on her left wrist.

Coleen got the tattoo last week, adding that her children all have something similar.

Read more: Coleen Nolan admits ‘nothing is out of bounds’ as she reveals new boyfriend has ‘kinky’ streak

Explaining its meaning, the mum-of-three shared: “My kids decided that they wanted a tattoo to think of me.

“So they all had on their left wrist a teacup and a teabag. I’m a tea addict at home.”

Coleen continued: “Last week I joined in and had a teapot. I’m the teapot to their teacup. It links us all.”

However, some viewers took issue with Coleen’s choice of tattoo.

I’m the teapot to their teacup

Taking to Twitter, one complained: “You wouldn’t need a teapot if the teabags were in the cups. You’d only need a kettle #LooseWomen.”

A second wrote: “No, I think @NolanColeen has drawn that teapot on to her arm. That can’t be a real tattoo.”

Later on, Janet addressed the online criticism as she turned to Coleen on the panel.

Janet said: “We’ve had a host of complaints to ask why you have you got a teapot and not a kettle.”

Coleen, who recently revealed she’s dating someone new, hit back: “Because I’m the teapot that pours the tea into the cups. Hopefully the new chap I’ve met will be the kettle.”

She sarcastically added: “Ok guys, I’ll go back and have it lasered off!”