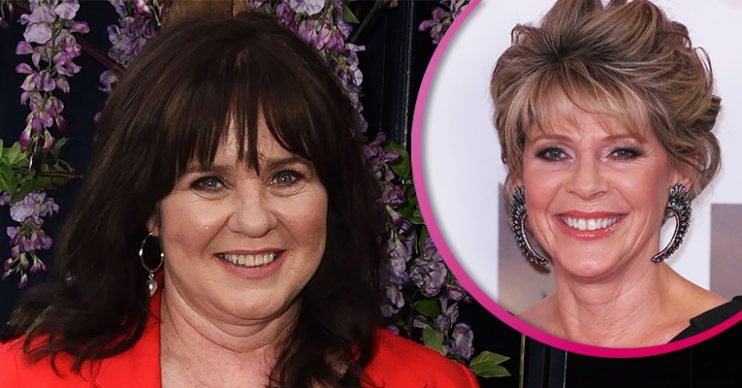 She insisted she and Ruth are "brilliant friends"

Coleen Nolan has denied there’s a ‘feud’ between herself and her Loose Women co-star Ruth Langsford.

The presenter, 54, shared a screengrab of a weekly women’s magazine front cover which had printed the title: “It’s war. Has Ruth had enough of her co-star?” alongside photos of Ruth and Coleen on the daytime show.

Coleen branded the claims “ridiculous” and insisted she and Ruth, 59, are “brilliant friends”.

Alongside the image, the caption read: “We don’t usually comment on magazine covers but this one is beyond ridiculous.

“Coleen and @RuthieeL are brilliant friends we haven’t seen the story inside but if it the same as the cover – suggesting there’s an issue between these two then it’s completely made up!”

Fans were glad to hear the claims were untrue with many supporting the pair.

One said: “This is nasty…….you’re both lovely on Loose Women,” while another wrote: “I adore their friendship no one believes this.”

A third added: “Anyone who watches Loose Women knows this is wrong. I love their friendship especially when Coleen winds Ruth up about Eamonn [Holmes].”

Coleen recently returned to the daytime show after the Christmas break and New Year.

And it was definitely full of giggles when Denise Welch made a joke about Coleen as she discussed her cat being pregnant.

We don’t usually comment on magazine covers but this one is beyond ridiculous.

Coleen told the panel and audience: “I’m going to become a grandma… My pedigree cat, Lily, I was saving her for the right pedigree ragdoll male and she jumped out of the bathroom window and went off with the local tom cat.”

Denise then joked: “Well at least one of your pussies is getting a bit of action,” as the audience and panel erupted into laughter.

Andrea McLean said: “It’s only Monday,” to which Saira Khan said: “Only she [Denise] could get away with it.”

Denise said: “I probably won’t get away with it believe you me.”

Andrea told viewers: “That was obviously a joke but we apologise if anyone was offended.”