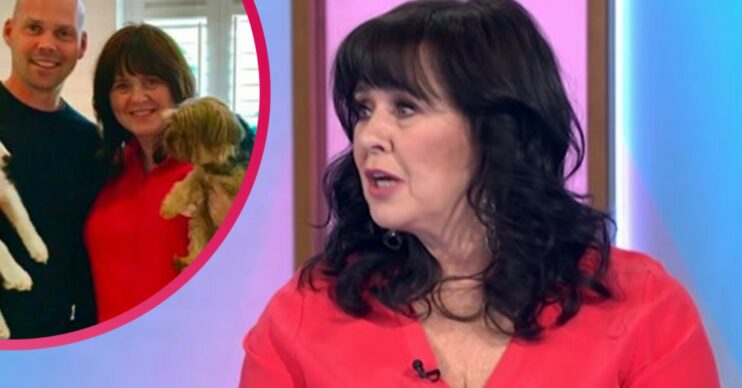 The ITV star was having none of it

Coleen Nolan has been forced to deny a man she was pictured with is her boyfriend.

The Loose Women star was seen with a man while the panel was discussing their pets on Wednesday’s show.

A picture flashed up on the screen that saw her standing next to a man and looking cosy.

When the show returned from break, Ruth Langsford revealed that the show had been inundated with people asking who the man was.

In fact, many seemed to believe it could be her mystery new boyfriend.

However, Coleen was very quick to shoot down the claims.

A shocked Coleen quickly replied: “No it’s not actually! That is Damian who is the fabulous dog trainer I got in for Coco when she was a tiny pup.

“And that was quite a while ago as she’s five now, she was about three months then.”

Ruth then joked: “They don’t miss a trick do they?”

Coleen replied: “They don’t miss a trick. That is not him as lovely as he is.”

Ruth then added: “I have met him and I was like ‘I’m sure that’s not him.,” before Coleen joked: “He’ll be mortified now….apologies to his wife!”

She added: “Thank for you asking. It’s nice that people are watching and taking note.”

The Loose Women star has been quite vocal about her new romance, although she has remained tight-lipped about his identity.

She previously said on the show: “That’s the only downside of being in a new relationship. I’ve not had matching underwear for about 15 years.”

Gloria Hunniford said: “Does he appreciate it?”

“Never you mind Gloria… yeah he does,” replied Coleen cheekily.

What do you think of Coleen’s new romance? Let us know over on our Facebook page @EntertainmentDailyFix.