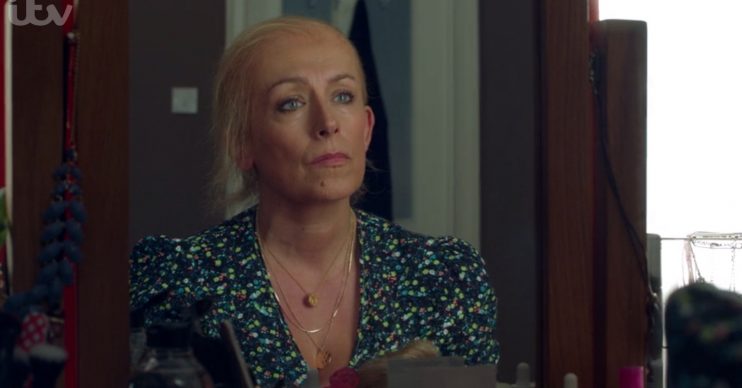 Jenny – played by Fay Ripley – is going through treatment after her breast cancer diagnosis at the end of last series, and was living with the fall-out from her chemotherapy.

And it wasn’t long that her performance in one scene caused fans to take to social media in their droves.

The opening episode saw the gang throw a surprise party for Jenny after she returned from one visit to the hospital.

Afterwards, she sat at her vanity table in her bedroom looking into a mirror.

She then proceeded to take off her wig, revealing her thinned hair.

And that’s when viewers took to Twitter to express not only their emotion at the scene, but also prise Fay’s performance.

Emotional performance by @FayRipley in #ColdFeet tonight. Fantastic job by all actors as always. Cold Feet is top of its game!

#ColdFeet made me cry before the first ad break

One emotional viewer said: “Just burst into tears at that beautiful mirror scene.