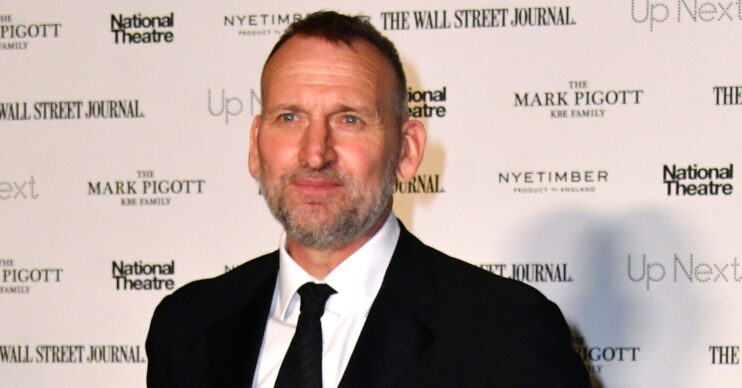 Close to Me: Christopher Eccleston thought he was ‘going to die’ during mental health battle

The actor opened up about his behind the scenes personal battles

Close to Me actor Christopher Eccleston has been a firm favourite with TV fans since he rose to fame in the 1990s.

His breakthrough role came from playing university student Nicky Hutchinson in BBC Drama Our Friends in the North. He starred alongside none other than James Bond himself, actor Daniel Craig.

Twice BAFTA-nominated Christopher is probably more fondly remembered by fans though for playing the ninth Doctor Who in the revival of the BBC sci-fi show in 2005.

But the 57 year old decided to leave the famous role after just one series for fear of being “typecast”.

Although much to the joy of fans, he has reprised his role as the Doctor this year and voiced a series of audio dramas for producer Big Finish called Doctor Who: The Ninth Doctor Adventures.

His stellar acting career has included a slew of successful roles.

These have included Shallow Grave, Thor: The Dark World, Hillsborough, Safe House and The A Word.

But behind the scenes, Christopher was batting his own demons.

Close to Me star Christopher Eccleston suffered a breakdown in 2016

In his 2019 autobiography, I Love the Bones of You – a tribute to his beloved father Ronnie, who suffered from vascular dementia and passed away in 2012 – the marathon-running star revealed his secret decades-long battle with anorexia and severe clinical depression.

This led to a breakdown in early 2016 (while filming The A Word), after his relationship with his wife Mishka collapsed.

The Salford-born actor ended up celebrating his 52nd birthday on a psychiatric ward and, at his worse moment, contemplated suicide.

Priory psychiatrist Justin Haslam described the breakdown as one of the worst cases of clinical depression he had ever seen.

Christopher told the Guardian in 2020: “I’m male and Northern. I’m from a working-class background, so you were not supposed to speak about your feelings. I still carry all the baggage about masculinity and toughness. I was ashamed about my depression and eating disorder.”

He added: “I really felt that I was going to die.”

“I did have what people might call intrusive thoughts, but I think cowardice played a part too. I thought, that’s gotta hurt,” he said.

Chris also admitted in the book that his problems stemmed from his childhood.

He hid his issues with food from his family and these only intensified when he began his acting career because he aspired to achieve the angular features of his hero Daniel Day-Lewis.

Anorexia affected him on a daily basis

He previously told the Irish Times that anorexia was “like being in hell” that affected him “every minute of every day”. All he thought about was food.

Read more: Alex Jones reduced to tears by Christopher Eccleston’s appearance on The One Show

After leaving the Priory, Christopher returned to his childhood home in Lancashire to live with his mum Elsie, to aid his recovery.

And, then when he was ready, he returned to work, reprising his role as patriarch Maurice in popular BBC Drama The A Word.

What is Close to Me about?

Christopher returns to our screens tonight (Sunday November 7) on Channel 4 in the new psychological thriller Close to Me.

He stars as Rob, a devoted husband to wife Jo (played by actress Connie Nielsen) who suddenly loses an entire year of her memory.

Christopher Eccleston Close to Me Doctor Who mental health