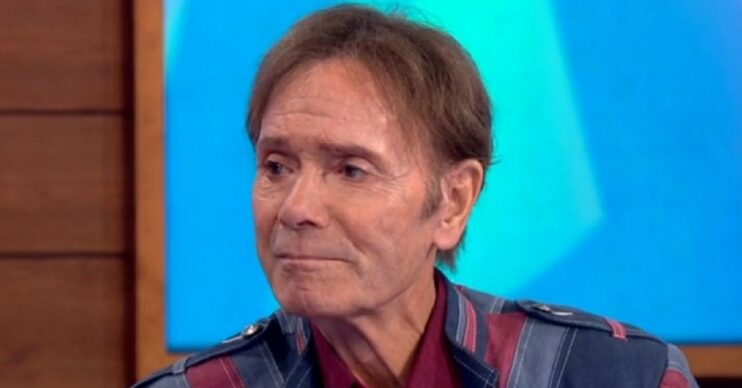 Cliff Richard under fire on Loose Women for ‘fat-shaming’ remark

Loose Women viewers criticised Cliff Richard today for a remark he made.

During his appearance on Monday’s show, the singing legend opened up about his “regret” over missing an opportunity to have a photo with Elvis Presley.

Sir Cliff, 81, admitted he didn’t want a picture with Elvis because the ‘King of Rock and Roll’ had ‘put on weight’.

Cliff said: “I was promoting Devil Woman in America, and this journalist came and talked to me.”

He said the journalist asked if he would like a photo with Elvis.

Cliff continued: “And I went, ‘Yeah!’

Cliff added: “Because he had put on a lot of weight.

“And I said, ‘If I’m going to have a photograph of me with Elvis stuck on my refrigerator door, I want him to look great.’

One person said on Twitter: “@loosewomen can’t believe what just come out of Cliff Richard mouth what a disgusting fatist comment about Elvis.”

Another wrote: “#LooseWomen did @cliffrichardx really just say that he wouldn’t have his picture taken with Elvis because he was too fat?! Lovely attitude that.”

A third added: “So glad it wasn’t just me that picked up on Cliff Richard fat shaming Elvis on #LooseWomen.”

However, others saw the funny side as one tweeted: “Hang on. Sir Cliff Richard turned down a photo opp with Elvis Presley because he thought Elvis was too fat to have a photo with?” followed by a laughing face emojij.

Sir Cliff was also on the show to speak about being involved in the Queen‘s Platinum Jubilee celebrations.

He featured in the pageant which took place on Sunday alongside other ‘national treasures’.