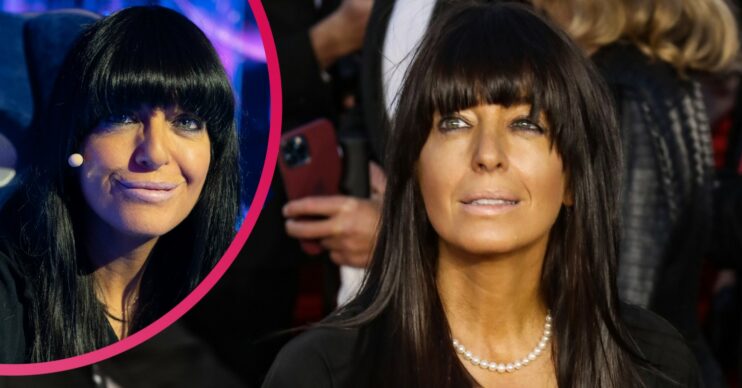 The star had sparked concern for Musicals week

Claudia Winkleman sent Strictly Come Dancing fans into a panic today after she pulled out of her Radio 2 show.

The star, 49, sparked concern when she announced that she would not be appearing on the airwaves.

Claudia hosts a weekend slot every Saturday but was replaced by documentary maker Stacey Dooley.

But she WILL be appearing on Strictly Come Dancing.

What has been said about Claudia Winkleman’s Radio 2 absence?

Fans instantly began to worry that Claudia might not be able to co-host Strictly with Tess Daly following her Radio 2 absence.

But as she introduced herself on the airways, Stacey put listeners and Strictly fans’ minds at rest.

Stacey opened the show, saying: “Yes, that is right, I am not Claudia. She is having the morning off. Very well deserved.

“Don’t worry Strictly fans, she will be on your telly this evening.”

Stacey added: “She left me a couple of messages here, ‘The listeners are brilliant, don’t worry, just play excellent music’. That, I can do.”

Claudia was first to send fans into a flap, announcing her absence just a few hours before her show kicked off.

Sharing a picture of Stacey on Instagram, the star wrote: “The brilliant @sjdooley standing in for me on @bbcradio2 today xxxx.”

Stacey also confirmed the switch up, but neither gave a reason for it.

Posting a snap from the studio, Stacey mused: “Keep[ing] the seat warm for Claud.

“@claudiawinkle…. (I’ll try not to destroy all your months of hard work).”

A Strictly Come Dancing spokesperson has confirmed to ED! that Claudia will co-host the show this weekend.

How long has Claudia starred on Radio 2?

Claudia landed her Saturday job with Radio 2 in February.

But the night before her first show, the star was unable to sleep due to nerves and anxiety.

Speaking on the airways as she kicked things off, Claudia admitted: “Look, I’m going to be frank with you. It’s my first show.

“I slept for under six minutes, so I really only have one word for it…”

Claudia then pressed play on the hit Beatles track Help!.

Meanwhile, it is Musicals week on tonight’s Strictly Come Dancing.

But one star who HAS been forced to pull out is judge Craig Revel Horwood.

Earlier this week, it was confirmed that Craig has tested positive for coronavirus so is isolating at home.

Strictly bosses have, however, announced a replacement so that there are still four judges on the panel.

Who is replacing Craig?

Cynthia Erivo will be sitting in for Craig and critiquing the celebrities and their partners on their performances.

Aged 34, Cynthia is an English actor, singer, and songwriter from London. She has appeared on film, television, and stage, and is the recipient of numerous awards.

More importantly for Musicals week, she has starred on Broadway in New York.

Speaking on joining the show Cynthia said: “I’m so delighted to be joining the Strictly judging panel for Musicals Week. Musicals have a unique place in my heart, it’s such a special way of connecting all art and making it one.”

She went on to say: “I’m excited to bring my experience to the show and I can’t wait to see what the couples have in store this weekend.”

However, some fans have been left scratching there heads, as they have never heard of Cynthia.