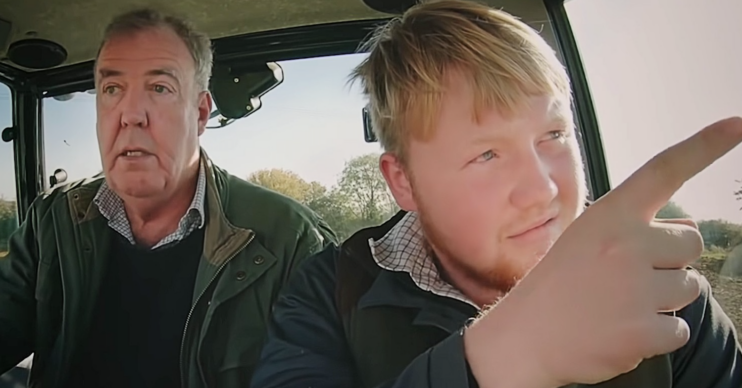 Great news for fans of the show!

Clarkson’s Farm WILL return for a series 2 on Amazon Prime Video, Jeremy Clarkson has confirmed.

The Who Wants To Be A Millionaire host, 61, took to Twitter to deliver news that delighted fans of the show.

And the news comes after weeks of speculation that a second run would not be happening.

How did Jeremy break the news about series 2 of Clarkson’s Farm?

Jeremy won new fans with the show, a series that documents the star running his own farm in the Cotswolds.

Speculation has been rife about a second series, and now fans can breathe a sigh of relief.

Captioning it “Good news”, Jeremy said: “Following the success of the first series I’m delighted to say that there will be a second series of Clarkson’s Farm.”

From behind the camera, Kaleb said: “You mean Kaleb’s Farm.”

What else did Jeremy say?

Jeremy replied, “No. All the team are back.

“Cheerful Charlie, Lisa, Gerald and the fetus in the tractor.”

Kaleb then turned the camera on himself and said: “Kaleb’s Farm.”

Upon seeing and hearing the good news, fans were beside themselves with excitement.

One fan wrote: “Great news! I’m a farmers wife, and can relate to all your farming ‘antics’. Sheeps.. so funny. Caleb is a star.”

“That’s fantastic, another exclaimed. “Well done to you all. Thanks for flying the farming flag. Looking forward to seeing you train a sheepdog for series 2.”

Read more: Where is Clarkson’s Farm filmed? Any why are Jeremy’s neighbours complaining?

A third said: “The Clarkson/Caleb partnership on this program is the best thing since the ending of original Top Gear.

“Great banter, laughs and arguing makes it so much more entertaining than a lot of the fake drivel we get on mainstream TV.”

Finally, a fourth wrote: “Made my day. Thanks Jeremy and Caleb x.”